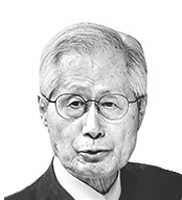 *The author is a former senior columnist of the JoongAng Ilbo.

A North Korean leader is coming out of the borders of the Hermit Kingdom after 70 years and meeting with the presidents of South Korea and the United States. That means a corner of the isolated fortress is crumbling. It also means that a streak of daylight will begin to shine on the northern half of the Korean Peninsula, which is still covered in the dark in satellite pictures.

Once the 240-kilometer (149-mile) stretch of the military demarcation line with 1,297 posts dividing the Eurasian continent in the North and the oceans in the South opens up, contact between the continent and the ocean will be restored after 73 years. This is a momentous event on a civilizational level.

U.S. President Donald Trump, his new security adviser John Bolton, conservative scholars at think tanks backed by the military-industrial complex and fundamentalist conservatives in Congress threw cold blankets on the reconciliatory mood between the two Koreas created both in PyeongChang and Pyongyang. They underestimate the historic significance of the great changes happening on the Korean Peninsula.

They are fatally short-sighted and selfish about their interests. Israeli novelist Amos Oz said, “Facts at times become the dire enemies of truth.” American policymakers, influential civilians and members of Congress are so obsessed with the immediate reality of North Korean nuclear weapons and missiles that they fail to see the substantial truth of historical changes expected from the inter-Korean, U.S.-North and China-North summits.

Bolton claims that the sudden charm offensive by Pyongyang is a deception to buy time for intercontinental ballistic missiles development. But he doesn’t understand that the North conducted more nuclear and missiles experiments when they were not engaged in summits. As Bolton has nostalgia for the golden days of neoconservatives during the Bush administration, it is unclear whether he is an adviser carrying out the will of the president or a crusader fighting the evil that he defined as a neoconservative.

Acting U.S. Ambassador Marc Knapper said that the goal of the North-U.S. meeting was a complete, verifiable and irreversible dismantlement (CVID) of North Korean nuclear weapons. Washington would not accept anything less, he underscored. Bolton is right, and it cannot be emphasized more. As he said, that is why the two leaders will meet. As they have serious differences in methodology, the leaders need to meet personally and resolve the issue to cut the Gordian knot. At the China-North summit in Beijing, Kim Jong-un proposed “phased and simultaneous steps toward peace.”

Kim intends to preemptively turn down the Libyan model that Bolton and Washington are pushing. Libya abandoned nuclear and missile programs first and then received compensation like the normalization of diplomatic ties, the lifting of sanctions and its removal from a state-sponsored terrorism list. It was a process that took as long as eight years. 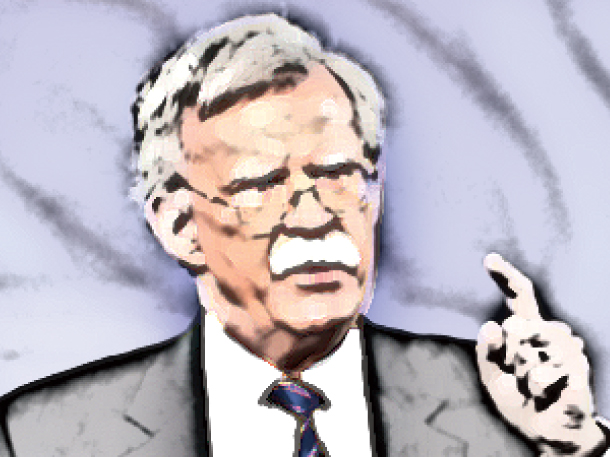 North Korea mistakenly believes that Libya’s denuclearization resulted in the death of Muammar Qaddafi in 2011. But the Qaddafi regime was overthrown not because of its denuclearization but due to the Arab Spring that swept the Middle East that year. North Korea’s opposition to the Libyan model can be mistaken as Pyongyang learning a lesson from how Qaddafi lost the chance to use nuclear weapons and missiles on Libyan people as well as NATO forces.

In fact, the blind spot of the Libyan model lies elsewhere. The model is an invitation to Kim Jong-un to come to a duel unarmed. It is like asking a marathoner to start running at the finish line. The Libyan model is an archetype of a form defining content.

The closest thing to the Libyan model is the top-down method. At the inter-Korean summit, Kim can declare his will for denuclearization and agree on a framework of inter-Korean reconciliation and cooperation. Then, working-level officials can negotiate the overall process of denuclearization in feasible stages. When the process hits a roadblock, the leaders will spearhead breakthroughs. A joint economic entity of South and North Korea could be a great incentive South Korea can offer in return for denuclearization.

The U.S.-North summit should bear a “conceptual denuclearization declaration.” The two leaders should agree that CVID is the goal and they should agree to reach it together. In the process, they can negotiate Washington’s suspension of its hostile policy toward North Korea, normalization of U.S.-North relations, a Marshall Plan for North Korea and a peace agreement.

There are groups in the United States that don’t welcome peace on the Korean Peninsula: the military-industrial complex, neoconservative and right-wing lawmakers. The Moon Jae-in administration must convince them of the need for peace by taking advantage of the chemistry between Moon and Trump as well as the connections that Blue House security adviser Chung Eui-yong and National Intelligence Service Chief Suh Hoon have built. South Korea has abundant private lobbying assets in various fields. They could not be utilized due to the narrow territorialism of the Foreign Ministry.