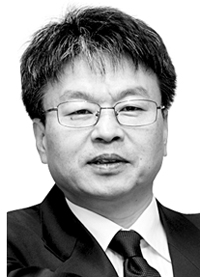 
GM Korea’s unionized workers have been camping outside the Blue House in their final protest against the factory’s shutdown. After the Detroit-based automaker announced it would close one of four factories in Korea, industry observers have considered the worst-case scenario of General Motors (GM) completely pulling out of Korea. The reason GM wants to roll back its Korean operation is not because it primary makes small sedans that nobody wants. The management has other, more logical reasons for leaving Korea.

The United States’ corporate average fuel economy standards are one of them. The country levies heavy fines if carmakers fail to meet the average fuel economy of cars and light trucks sold in the United States. Therefore, GM has to maintain a certain mix of vehicles each year — about 300,000 to 400,000 small, high-mileage vehicles — to sell larger, more profitable sport utility vehicles. GM Korea’s union has been capitalizing on this weakness of their American employer.

However, things have changed in the United States under President Donald Trump, who has been reversing and bending regulations in favor of American industry to the extent of dropping global climate and trade commitments. Trump installed anti-environmentalist Scott Pruitt as administrator of Environmental Protection Agency. Pruitt announced earlier this month that he would upend Obama-era fuel economy standards that required automakers to double the average fuel efficiency of new vehicles sold in the United States to about 50 miles per gallon by 2025.

Trump’s Environmental Protection Agency has declared the Obama rules inappropriate and said “the Trump administration can reopen the process of setting vehicle targets agreed to by automakers in 2011,” siding with carmakers’ reasoning that larger and less fuel-efficient vehicles can generate more jobs in the United States. As a result, GM now has less reason to sustain the unpopular low-mileage models primarily produced in Korea.

There are many other reasons why GM wants to roll back its business in Korea. Small sedans are shunned by consumers across the world because of low gasoline prices from rich yields of American shale gas. The Korean won has also appreciated sharply from the ongoing trade and currency war triggered by the Trump administration, worsening the price competitiveness of cars made by GM Korea. GM Korea’s union has reached a dead end.

The union has made one misstep after another. Worldwide, auto workers have become cooperative with their management to keep their jobs amid fierce competition among automakers. The union of Volkswagen Germany agreed to cut wages by 21 percent in return for security job security. GM workers in Brazil were able to land projects for new models by offering to reduce wages by 7 percent. In a nutshell, employees have chosen to keep their jobs instead of asking for immediate income perks.

But the Korean auto union under the militant Korean Confederation of Trade Unions (KCTU) has kept to their old-fashioned demand of wage increases. Their violent and selfish ways have lost sympathy from the public and consumers at home. The unions are no longer the weaker party that society needs to defend and understand.

GM Korea’s unionized workers are staging a protest in front of the Blue House out of political calculation. They believe the ruling power won’t let the country’s third-largest automaker go under and risk massive layoffs ahead of local elections in June. The union has turned to politics because they cannot be saved on economic grounds.

When oil prices were high, the Korean operation, which made small sedans, was dear to the American automaker. But today it is not. The Wall Street Journal and other U.S. media outlets predict that GM will pack out of Korea if government funding ends.
The management and union want the same thing from the government. The union innately believes the Moon Jae-in administration won’t turn its back since the KCTU-backed workers have been a valuable voting base for the liberal president. It is betting that the government cannot afford destabilization in the auto industry, the backbone of Korea’s manufacturing sector, given the impact down the supply chain.

In an article in February, Business Insider, famous for its no-nonsense insight, criticized GM for shaking down Korean taxpayers and extorting them for business gain when the carmaker embarked on a negotiation with the Korean government using the threat of a shutdown. “This is the same extortion principle that large corporations use with municipalities, states, provinces and countries around the world either to locate to those locations or to not close their shop. It’s a well-oiled machine that works — with taxpayers, who have no say whatsoever in footing the bill,” the article said.

If the publisher witnessed the union workers camping outside the Blue House, it would have also delivered the same critical note to the union about its old tricks of digging into the pockets of taxpayers through political pressure.