To fight another day

To fight another day 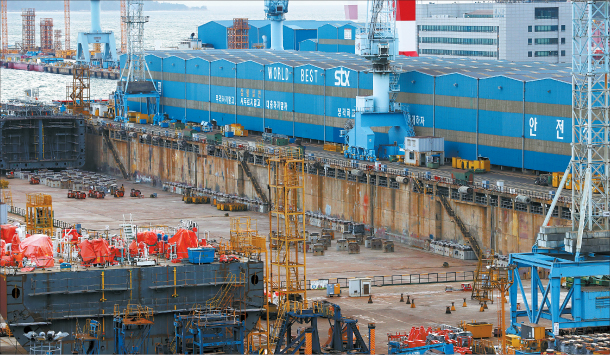 The shipyard of STX Offshore and Shipbuilding in Changwon, South Gyeongsang, on Tuesday. The shipbuilder’s main creditor Korea Development Bank said it has accepted the self-rescue plan that was submitted by the company on Tuesday, a day after the initial deadline on Monday. Union workers agreed on a proposal by the company to reduce fixed costs including cutting labor costs. In exchange for keeping their jobs, union workers agreed on a cut to their paycheck, bonus and periods of unpaid leave. [YONHAP]