A shot at redemption

A shot at redemption 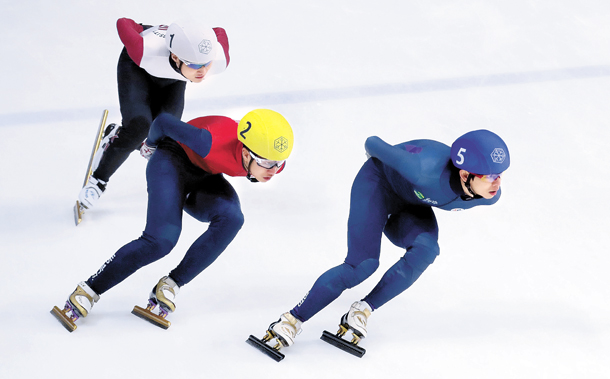 Lee Jung-su, right, races in the first national team trials for the 2018-19 speed skating season at the Mokdong Ice Rink in western Seoul on Thursday. On Wednesday, Lee missed the finals in both the men’s 1,500-meter and 500-meter races. Lee won two gold medals at the 2010 Vancouver Winter Olympics but failed to make the team for PyeongChang after finishing eighth in the national team trials in early 2017. After missing the cut, Lee made an attempt at long track but once again failed to qualify. During PyeongChang, Lee appeared on television as an analyst for the short-track events. He returned to the rink after the Games, hoping to compete in the 2022 Beijing Winter Olympics. [YONHAP]