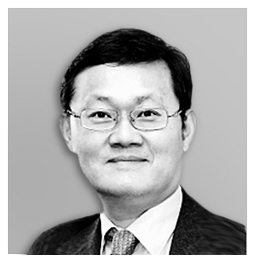 *The author is a professor of economics at Korea University.


After President Barack Obama took office, he appointed Lawrence Summers as director of the National Economic Council. Summers was one of the youngest professors to gain tenure at Harvard, at age 29, and served as Treasury secretary under Bill Clinton.

One of the roles Summers played in the Obama White House was devil’s advocate, asking questions from the other side. He verified whether positive aspects of a policy were overly emphasized, whether one group was taking benefits in the name of the people, and he offered better policies if they were available for the same budget. Obama kept Summers close and trusted him. During his presidency, the United States was able to recover from an economic crisis, and Obama left office with high approval ratings.

The world is now seeing a resurgence of populism. People who are dissatisfied with economic and social inequality and disappointed by a corrupt establishment want populist policies. Regardless of ideology, liberal and conservative populists criticize the establishment and elites. They offer pork barrel spending to gain popularity.

The far-left government of Venezuela has continued its hefty welfare policies, offering free education, free health care and affordable housing. President Donald Trump is appealing to the public with far-right immigration policies, xenophobia and trade protectionism. In Europe, populists are in power in Poland, Hungary and Turkey.

Populists become popular by appealing to the sentiment that they are closer to the citizens. Former Venezuelan President Hugo Chávez hosted a weekly television program, “Aló Presidente,” where he listened to the grievances of the people. Trump, now, is criticizing mainstream media, directly communicating with the public through tweets. In Austria, the far-right Jörg Haider personally hands out money to supporters on the street.

Jan-Werner Müller of Princeton University argues in his book “What is Populism?” that populists threaten democracy because they claim to be the only rightful representatives of the people. They criticize the establishment and elites as being corrupt and define the people as being the opposite group.

But once they take power, they display undemocratic tendencies by claiming to be the only ones representing the people’s voice. They insist that political rivals are essentially illegitimate and those who don’t support them are not true citizens. The populists think they are always just. They remain confident even when committing corruption and often ignore law and order. Turkey’s Recep Tayyip Erdogan, who declared a state of emergency, jailed journalists and scholars and suppressed his critics, once said, “We are the people. Who are you?”

The Moon Jae-in administration started with great expectations from the people. The PyeongChang Winter Olympics eased tensions on the Korean Peninsula. His direct communication with the people has kept his approval ratings high. His efforts to reduce income inequality, rein in unfair business practices by conglomerates and expand social welfare have continued with the goal of establishing an economy where everyone is prosperous.

However, the Moon administration has been unable to accomplish political cooperation and integration because of their populist thinking that only they represent the people. They are strict when punishing people from past administrations but generous when it comes to their own faults. They were able to implement quick fixes for the economy by allocating government money without thoroughly verifying the policies’ long-term effects.

In energy, real estate and education, simple fixes to complicated issues have generated confusion. The Financial Times warned that the populist policies of raising the minimum wage and expanding welfare may lower export competitiveness and add financial burdens. While Korea can afford it now, excessive spending will eventually hurt the country’s fiscal health.

With the rivalry between the United States and China intensifying, the international environment is uncertain. It is time for the nation to unite to improve inter-Korean relations and economic conditions. The Moon administration must pursue the politics of integration and good policies that will make the Korean economy healthy. The administration must listen to constructive criticism from the other side. It needs a devil’s advocate like Summers to check the populists.