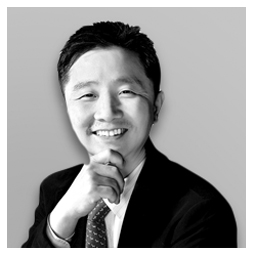 Men are blind in their own cause, says an old adage. The boisterous accusation of wrongdoings by Kim Ki-sik, the new head of the Financial Supervisory Service (FSS), and the equally energetic defenses by the ruling party and Blue House have been disquieting. In a statement, the presidential office said Kim’s behavior — making trips overseas on the ticket of financial institutions that fell under the oversight of a parliamentary subcommittee he headed — may have disappointed the people. But the Blue House added that the acts were not grave enough to sack Kim. The ruling Democratic Party saw the attacks on Kim as an “attempt to sabotage reforms in the financial sector.” From the view of the Blue House and ruling party, Kim — regardless of his shortcomings or mistakes in the past — is best fit to carry out a long-delayed overhaul of the financial sector.

If the reform being considered by the Blue House and ruling party is targeted at mainstream financial entities or chaebol, the civic activist-turned politician may be the right person to push them through. But a more urgent task is waiting. The financial industry should be urged to create new jobs and root out irregular hiring practices. The well-paying financial sector contributes to just 3 percent of Korea’s jobs, half the average for other countries in the Organization for Economic Cooperation and Development. Since Korea’s banking and finance sector is said to be on par with Uganda, it can hardly be expected to generate decent jobs or high values.

As an opposition lawmaker, Kim championed the strict rule to keep industrial capital away from the financial sector, arguing that Korean banks will never grow big enough to succeed in overseas markets. Can someone with such low faith in the Korean finance sector spearhead a state institution in charge of advancing our financial industry?

The FSS has embarked on bank-wide audits for unfair hiring practices at financial institutions. Its new chief claims that his own expense-free jaunts abroad were customary. Banks defend their unfair hiring practices as customary prerogatives of CEOs and senior executives to make recommendations of new recruits. How can Kim expect to punish them when he makes the same excuse for himself? 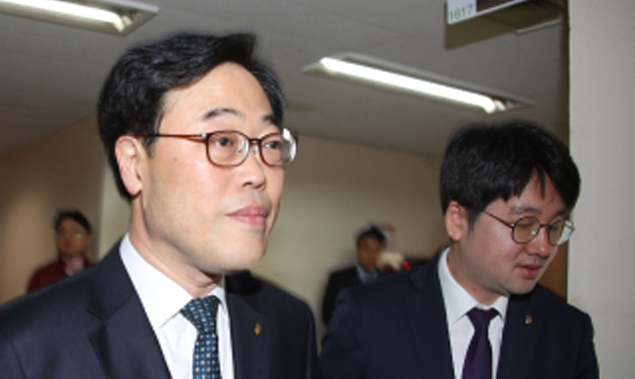 Despite opposition parties’ pressures to resign over a number of questionable practices as a lawmaker, Kim Ki-sik, the new head of the Financial Supervisory Service, is reluctant to step down thanks to the full backing of the Blue House. [YONHAP]

Credibility is pivotal in finance. As the mess-up with Samsung Securities shows, a simple mistake can shake the market. That is why moral integrity and transparency is being demanded and rules strengthened about the eligibility of a candidate to own a large stake in a financial institution. The chief of the government’s financial watchdog unquestionably should demonstrate the highest integrity. He or she at least should not have done anything confounding in the eye of the public.

Kim’s behavior after the accusations went public has been more disappointing. He admitted he went on a trip sponsored by a state institution with his secretary. He did not mention that the secretary was actually a temporary intern, not a permanent staffer. He denied he studied in the United States for two years under Posco funding. But he did not explain where else the money came from. The more he explains, the more questions arise. He could be excused as a politician, but not as the chief of a financial watchdog.

If the Blue House and ruling party still insist there is no better person than Kim to lead reform, I can name at least 10 who are cleaner.

If reform is not the real cause, the governing power is just blindly protecting figures in the progressive camp. Kim came from the Moon Jae-in presidential crowd as well as the People’s Solidarity for Participatory Democracy (PSPD), whose members dominate the Blue House. An inner circle recruits and pardons themselves. The governing power may have become intoxicated by its over 70-percent approval rating. Sanctimony is a recipe for doom. If one becomes blind with pride, one can become an easy prey to the opponent.

For Kim, there is no way out but to resign. That would give his boss and party three big favors. One, the opposition loses a way to attack the popular president. Such noise won’t do any good for a president who is preparing for a historic summit with the North Korean leader. Two, if Kim exits with grace, his successor would earn greater traction on reforms. Three, he would set a good example for this administration as one that willingly fixes its mistakes. Moreover, Kim’s honor would be saved to some extent.