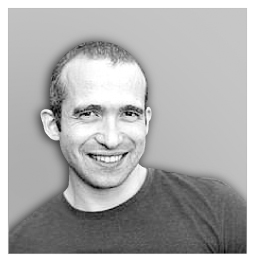 *The author is a Ph.D. candidate in the department of political science and an affiliated researcher at the Center for Middle Eastern Studies, Lund University, Sweden.

In a last-ditch attempt to save the Iran nuclear deal ahead of President Donald Trump’s May 12 deadline, Washington’s European allies have rushed to address the U.S. administration’s main objections to the historic agreement. One of the most contentious of these is the accord’s “failure” to restrict Iran’s ballistic missile program; critics of the deal say that allowing Tehran to continue developing non-nuclear missiles could enable it to deliver atomic warheads sooner once nuclear restrictions expire.

On March 5, French Foreign Minister Jean-Yves Le Drian visited the Islamic Republic in order to press Iranian leaders into negotiations over the missile program and to warn them that Europe would be obliged to accommodate Washington’s demands. Two weeks later, France, which under President Emmanuel Macron has adopted a more assertive role in the Middle East, urged the European Union to take a tougher stance on Iran over its ballistic missile activity and involvement in Syria’s seven-year-long civil war. Accordingly, three European signatories to the Iran deal — namely France, Germany and Britain — have proposed new sanctions against “persons and entities” involved in Tehran’s missile program and its Syrian war effort.

These efforts are almost certainly doomed to fail in the long run, especially since Trump’s recent decision to appoint the hawkish John Bolton as his national security adviser makes it more likely that the U.S. president will withdraw from the accord.

No matter what punitive measures Europeans adopt, Iran is unlikely to agree to any restrictions on its missile program beyond a superficial “cap” on the range of its missiles. (Tehran has suggested that it will not develop missiles with ranges longer than 2,000 kilometers, about 1,243 miles, which already allows Iran to target the Israeli heartland — as well as U.S. bases in the region — in the event of a conflict.) From Tehran’s point of view, the missile program is a question of self-preservation, particularly because decades of Western sanctions have prevented Iran from building up a powerful air force.

Iranians have not yet forgotten how, during their long war with Iraq, Saddam Hussein’s air force conducted a series of systematic air raids and missile attacks against major Iranian cities, including Tehran, Tabriz, Isfahan and Shiraz. Beginning in 1984, these strategic operations against urban areas, which became notorious as the “War of the Cities,” killed numerous civilians. In June 1987, Saddam ordered a chemical attack on the border town of Sardasht in western Iran which killed at least 113 people and wounded many more.

Iran retaliated by deploying warplanes, but relied more heavily on its air defenses to fend off aerial bombardments. Over time, this persuaded Saddam to respond with more systematic missile attacks. Tehran, with no missiles of its own and under international sanctions, found itself helpless. In a widely publicized response to a Japanese reporter’s question about the adverse effects of Tehran’s missile program on its trade relations with the international community, Iranian Foreign Minister Javad Zarif says that Iran did not have “a single missile to retaliate so that maybe Saddam Hussein would stop.” “We went,” he adds, “to one country after another, begging, begging, I am insisting, begging for a single Scud missile to defend our people. Begging! Now you want us to get a few dollars to Iran to abandon defending our people?”

Second, Tehran believes that the Trump administration has failed to honor its end of the bargain and even actively sought, through a “policy of confusion” which runs contrary to both the letter and the spirit of the nuclear deal, to hinder Iran from reaping its economic benefits. Iranian Deputy Foreign Minister Abbas Araghchi pointed this out in a February interview with the BBC to explain Tehran’s reluctance to negotiate over its missile program. In his words, “We have already negotiated on our nuclear program and the deal has not become a successful story for Iran. Why Iran should negotiate on any other issue? Especially on an issue which is directly linked to our national security.”

Decades of deep-rooted mistrust and institutionalized hostility between the Islamic Republic and Western powers have convinced Iranian leaders that the more they retreat and compromise, the more their rivals will advance and demand. A leitmotif of the Supreme Leader Ayatollah Ali Khamenei’s public speeches, the conviction has made its way into the political psychology of decision-making in Iran, particularly in areas of national security. This partly explains the Islamic Republic’s general aversion to making concessions in response to domestic dissent and foreign pressure alike. In their view, compromise paves the way for more compromise, to the extent that not just the policy issue at hand but also the whole survival of the regime may be undermined beyond redemption.

It’s highly unlikely that efforts to incorporate restrictions on Iran’s missile program into the nuclear deal, as the United States has demanded, or even negotiating a separate missile deal, as Europe prefers, will save the nuclear accord. Iran’s political and military authorities have more or less unanimously ruled out negotiations over Iran’s “missile and defense capabilities.” Even if they accede to them under growing international pressure, expectations of talks that would lead to a “qualitative” reduction or modification of Tehran’s missile program are naive and unrealistic.