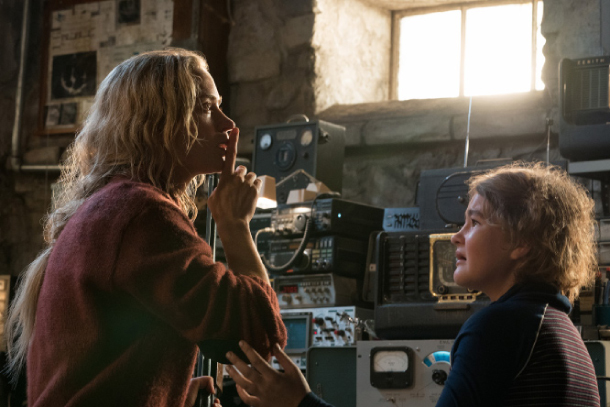 In this post-apocalyptic film, silence is survival. The movie revolves around the Abbott family, who are forced to live in silence, while hiding from hideous, mysterious creatures that hunt by sound.

Basically, the family has to be careful of every movement they make. For example, they have to tiptoe during the daytime to prevent themselves from getting caught.

Lee (John Krasinski), who is also the director of this film, is the father of the three children: Marcus (Noah Jupe), Regan (Millicent Simmonds) and Beau (Cade Woodward). His wife Evelyn (Emily Blunt) is currently pregnant, and their eldest daughter Regan, as well as Simmonds herself, is deaf. Because of this, the Abbotts use sign language to communicate with each other. Without saying a single word, the characters are able to show their feelings of fear, terror and dread.

Adapted from a 1986 video games series of the same name, “Rampage” revolves around the relationship between primatologist Davis Okoye (Dwayne Johnson) and his beloved albino silverback gorilla George. This film unravels when Okoye, the head of an anti-poaching unit, finds out that his silver haired friend is infected by a rogue genetic experiment, turning George into a giant, uncontrollable King Kong.

To make matters worse, George isn’t the only animal that is infected. Ralph, a grey wolf that can fly, and Lizzie, an American crocodile, are also infected. As these animals scatter across North America, they recklessly destroy everything that comes in their path.

Okoye comes to the rescue with the help from a discredited genetic engineer, Dr. Kate Caldwell (Naomie Harris). They need to find an antidote to cure these poor creatures and also put an end to the chaos. Will they be able to restore peace into the animals and save the day? 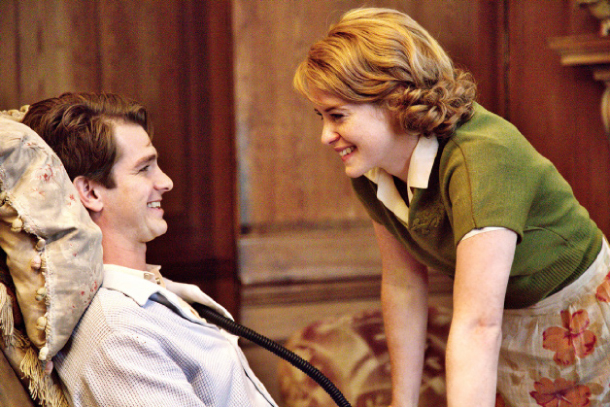 Twenty-eight-year-old Robin Cavendish (Andrew Garfield), who has been paralyzed by polio, is only given three months to live. Although he initially falls into depression, he realizes that he does not want to depend on a respirator for the rest of his life. Rather, he wants to live his own life with his beloved wife and newborn son.

Thanks to his loving wife Diana Cavendish (Claire Foy), her twin brothers and the brilliant Oxford University professor Teddy Hall (Hugh Bonneville), Cavendish leaves the hospital despite the doctors’ warnings.

Based on the true story of Robin Cavendish, a young man who unfortunately contracted polio in 1958 and became paralyzed from the neck down, this film highlights how the real-life Robin successfully fights polio and becomes one of the longest-living polio survivors in Great Britain. Moreover, the film centers on the romantic relationship between Robin and Diana.

This film shows how Cavendish becomes an advocate for disabled patients and refuses to give up in the face of a devastating disease. In a period where people with disabilities were hidden, he devotes the rest of his life to helping them “breathe.”

Additionally, this movie was the winner of the “Truly Moving Picture Award” at the 2017 Heartland Film, Indiana’s longest-running and largest film festival. 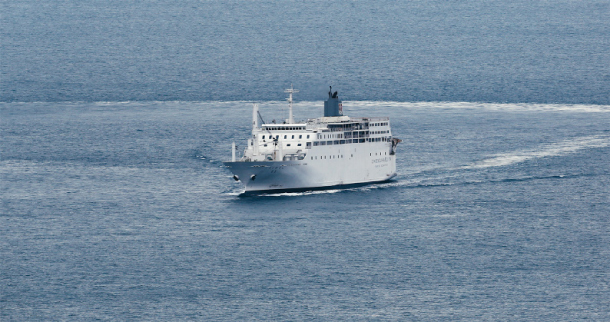 The sea knows what happened.

April 16, 2014, marks one of Korea’s saddest moments in history. Known as the Sewol Ferry Incident, only 172 out of 472 passengers were rescued from the ship as it sank. Most of the passengers were students from Danwon High School.

Directed by Kim Ji-young, this film is anchored by the story of Lee Jong-in, the head of a private diving company who offered to use his diving bell to assist in the rescue process. Based on testimonies of the survivors and the advanced technology that scientifically analyzed what happened, this documentary reenacts the maritime disaster as accurately as possible to discover the cause of the sinking.

This documentary will be played this October at the Busan International Film Festival, Korea’s largest film festival. Actor Jung Woo-sung narrates the documentary. 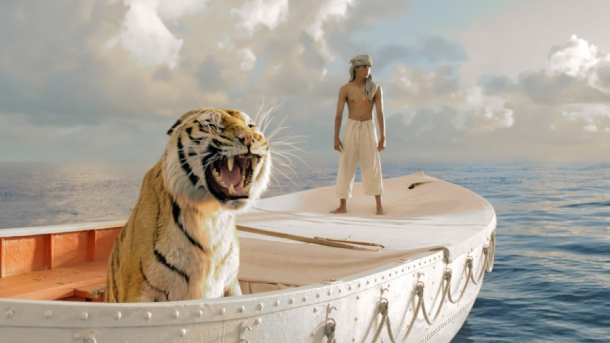 Re-released in theaters five years after its premiere, the adaptation of Yann Martel’s 2001 fantasy novel revolves around the relationship between a 16-year-old teenager, Piscine Molitor Pi Patel, (Suraj Sharma) and a Bengal tiger named Richard Parker. Before disaster struck, Pi was onboard a Japanese freighter with his brother and parents, who ran a zoo in India. The Patels were planning to move to Canada with their zoo animals.

Things get messy when a terrible storm sinks the ship, leaving Pi as the sole human survivor. The ship carried passengers and animals, including a spotted hyena, a resourceful orangutan and a zebra. These animals manage to get on a lifeboat with Pi.

Currently, they are in the middle of nowhere in the ocean, left with limited rations and supplies. When the limited food resources run out, Pi needs to find a way to coexist with the tiger. As their journey on sea drags for months, Pi and Parker must learn how to trust each other if both want to survive.

This film won four awards at the 85th Academy Awards, including Best Director for Ang Lee. 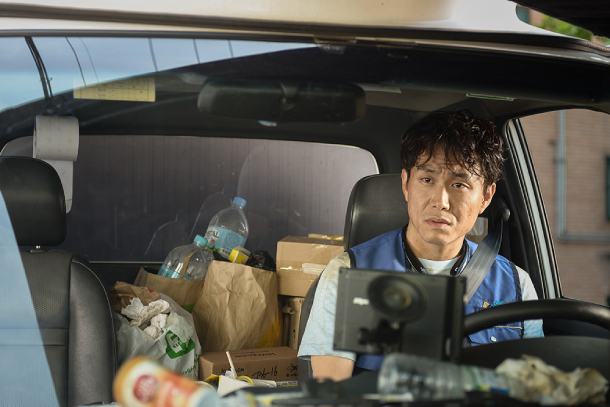 The hard-working and diligent Min-jae (Kim Moo-yul) needs to quickly earn money to pay for his mother’s surgery. He resorts to using his housing deposit, only to have it stolen by a delinquent (Kim Min-kyo). This thief, who needs to repay his debt, hands over the bag of money to a loan shark named President Baek (Im Won-hee). Baek transfers this money to politician Moon (Jeon Gwang-ryeol), whom Baek has ties with. Moon, who will be running for office, needs this large bundle of money for his campaign funds.

The cycle of transferring the money bag does not end here. Baek, who feels financially burdened to keep sending money to Moon, tries to get rid of the politician by employing a killer (Lee Kyung-young). The plan is to have the killer murder Baek with a detective’s gun.

However, things get messy when the delivery man (Oh Jung-se) delivers the gun to the wrong person, Min-jae. The film revolves around seven characters as they compete against each other to claim the money.

This horror film depicts a group of seven people going on an adventure to the Gonjiam Psychiatric Hospital, an insane asylum, and filming their experience. The person in charge is Ha-jun (Wi Ha-jun), a vlogger who runs the YouTube channel “Horror Times.”

While the six others go into the hospital, he stays behind, guiding them as they traverse through the abandoned building.

The group is eager to complete their mission of filming the interiors of the building. Their final destination is room 402, which, according to rumors, nobody has even been able to enter.

This playful dare later turns into fear and chaos. However, Ha-jun insists that they continue for more viewers and money. This film is directed by Jung Bum-shik, who is well-known for his horror films such as the 2007 hit “Epitaph.”