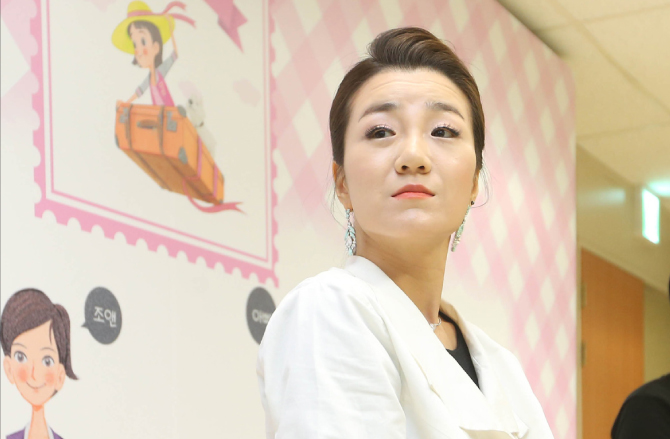 If you can’t find any nuts, grab water.

Cho Hyun-min, 35, senior vice president at Korean Air and youngest daughter of Hanjin Group Chairman Cho Yang-ho, became the second member of her family to land in hot water after losing her temper with an employee.

Cho, the younger sister of Cho Hyun-ah, whose infamous “nut rage” tantrum forced a taxiing plane to return to its gate in 2014, was forced to publicly apologize on Thursday after she threw a cup of water at an employee of the airline’s advertising agency last month.

The news spread after a post on an online community accused Cho of throwing water in the face of an employee. According to the post, Cho was infuriated after the employee failed to answer her question. She first threw a bottle at the employee but it was unopened, so she turned to a nearby cup of water to finish the job.

Korean Air admitted Cho was angry with the employee and there was some yelling, but claimed the cup wasn’t thrown at the employee, and only a “splash of water” hit them.