The JoongAng Ilbo conducted a series of interviews with international affairs experts who weighed in on the proposed summit between the leaders of North Korea and the United States ― which could determine the future of the Korean Peninsula. 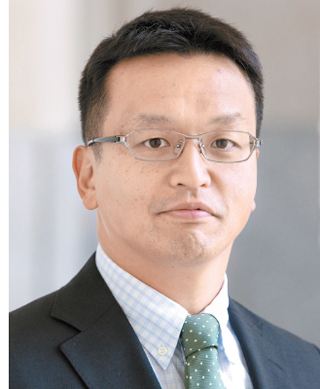 The North Korea-U.S. summit may produce substantive results which can even lead to a “paradigm shift,” pointed out a leading Japanese North Korea expert, Atsuhito Isozaki.

“That is because both [North Korean leader] Kim Jong-un and U.S. President Donald Trump are leaders who want quick, top-down results,” Isozaki, a professor of North Korea studies at Keio University, said in an interview with the Joongang Ilbo last month. “More than anything, Kim Jong-un knows that he cannot persuade President Trump with existing ‘salami tactics.’”

In political science terms, salami tactics refers to a slice-by-slice process of overcoming an adversary. In terms of North Korea and its nuclear program, it would be a way of outmaneuvering the United States by offering a series of concessions to maximize rewards and prolong the process of denuclearization.

“This North-U.S. summit is a one-in-a-thousand opportunity,” said Isozaki, “so even if it is in phased measures, it will progress with speed.”

Q.How do you see the prospect of the North-U.S. summit?

A.Because North Korea has wanted a summit with the United States for a long time, while the talks could be delayed, it will not reject them. Kim Jong-un wants to lead the regime for decades ahead. This is the first and last opportunity for a normalization of relations between the North and the United States.

Do you view that North Korea can really give up its nuclear program?

Until now, I saw the possibility of North Korea giving up its nuclear program as nearly zero. However, because President Trump and Kim Jong-un will be meeting in person, there is a possibility of a great deal.

The North will not be able to convince Trump to negotiate with its existing method of maintaining a relationship of confrontation with the United States and being recognized as a nuclear state.

Unless Kim Jong-un takes a big stance this time around, the United States will not trust North Korea for decades afterward. If North Korea gains confidence in a guarantee of its regime’s survival, it may even say that it will abandon its nuclear program. Seeing the two leaders’ styles, I think there is a possibility for a type of settlement involving a normalization of diplomatic relations within the year while taking concrete actions toward denuclearization.

The North Korea-China summit happened with lightening speed. Are you still optimistic about the North’s denuclearization?

Kim Jong-un used the card of his first overseas trip [since he took office] on China, not the United States. In a long-term point of view, it was to keep up appearances for China. On the surface, it seems that the “action for action” principle [of the 2005 six-party joint statement] has not changed.

However, the North’s nuclear and missile programs have progressed, and [Kim conveyed] he will meet with Trump in person. The situation has changed. We have an environment where North Korea can act decisively.

How is Kim Jong-un different from his father Kim Jong-il?

Kim Jong-un’s policy has large repercussions and is quick to change. It happens in one breath. He can go from using strong language on the South, such as “grand war for unification of the fatherland,” to requesting a leaders’ summit. Possession of nuclear weapons is but a means to obtain his ultimate goal of a guarantee of his regime.

Secondly, he is utilitarian. Instead of purchasing the newest weapons, he developed the nuclear and missile programs. He is utilitarian in his interest in cyberwar and serious consideration of science and technology.

There won’t be a situation where the South-North and North-U.S. summits will merely be a formality or symbolic.

Thirdly, Kim Jong-un emphasizes the policy-making process. Making public the purge of [Kim’s uncle and political mentor] Jang Song-thaek was in such a context. He will consider institutional safety mechanisms for guaranteeing the regime. He may declare a South-North nuclear free zone.

There have also been concerns of Japan being passed over on the North Korea issue recently.

Japan also has to be party to the Korean Peninsula issue. Japan is essential to North Korea for its goal of mid- to long-term economic development. In the case of normalization of diplomatic relations, the support and funds it can receive from Japan continues to hold potential appeal.

Won’t bringing up the issue of North Korea’s abduction of Japanese nationals in the 1970s and 1980s detract from the speed of the denuclearization negotiations?

The return of the abduction victims is an issue of Japanese sovereignty, and it is a fundamental task of the government to protect the life and safety of its people.