50 Years After Dr. King’s Death, Remembering the Women Who Steered the Movement

50 Years After Dr. King’s Death, Remembering the Women Who Steered the Movement 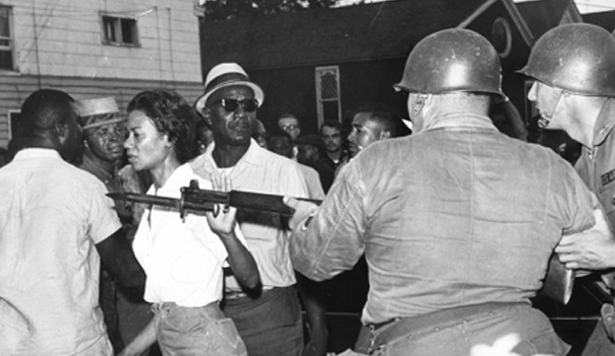 For decades, it seems, Diane Nash has been asked about women’s role in the civil rights movement: what it was, why it hasn’t been more widely acknowledged, if she can describe her fellow organizers’ contributions.

Ms. Nash, now 79, led students in sit-ins and helped coordinate the historic 54-mile march from Selma to Montgomery. She has been portrayed in the film “Selma.”

But when asked again recently by The New York Times about women’s contributions, she joked that the list was “brief.”

She went on to describe sit-ins, marches, Freedom Rides, and women working in organizations like the Rev. Dr. Martin Luther King Jr.’s Southern Christian Leadership Conference and the Student Nonviolent Coordinating Committee, of which Ms. Nash was a founding member.

Women wrote pamphlets, Ms. Nash said. They made fliers. And they cooked — providing sustenance to protesters so that “the demonstrations could last longer,” she said. They also went to jail. “Women developed strategy, taught in citizenship school, and in short, could and did perform all of the tasks necessary for the movement,” Ms. Nash said.

But they were often in the background, not the forefront. Which is why, even five decades after Dr. King’s death, many female organizers remain not-so-household names.

Women like Rosa Parks, who refused to give up her seat on a segregated bus, and Fannie Lou Hamer, who came to prominence at the 1964 Democratic National Convention, appear in history books alongside their male peers.

But less widely celebrated are those like Dorothy I. Height, referred to in a New York Times obituary as both “the grande dame of the civil rights era and its unsung heroine.” Or Gloria Richardson, who famously waved away the bayonet of a National Guardsman during a protest captured on film.

“You didn’t see me on television, you didn’t see news stories about me,” Ella Baker, who organized the conference that created SNCC, once said. “The kind of role that I tried to play was to pick up pieces or put together pieces out of which I hoped organization might come. My theory is, strong people don’t need strong leaders.”

Fifty years after Dr. King’s death in Memphis, we delved into photo archives to pull out stories of a few of the female leaders inside the movement. We’d also like your help in identifying some of the women and men who have appeared in iconic photos of the civil rights movement but whose names are unknown.

“Stories of a few of the female leaders inside the movement” are brought out from the archives in this retrospective of civil rights era activism.

Leading from within, leading from behind: How might you define and distinguish leadership from followership?

Why overlooked?: The premise of this article is that these women, and others in the movement, have been overlooked. Why do you think that is? How might perceptions of gender play into or be affected by the dominant narrative of leadership?