Left: A senior, center, checks out a device KT installed for the elderly living alone that uses a motion detecting sensor attached to a light. Right: An elderly mother and her daughter try out various tech and telecom products for seniors offered by LG U+. [KT, LG U+]

Korea is officially an aging society, with the percentage of people aged 65 or older exceeding 14 percent as of last August.

The country’s elderly are living longer and more are living alone. Single households are expected to account for more than a third of the country’s population by 2035. Of those living alone, 45 percent will be 65 or older, according to Statistics Korea, and they are in dire need of attention and care.

Government institutions and private companies are stepping up their efforts to assist this often economically and physically vulnerable demographic.

Telecom operators, in particular, are helping out, using their growing portfolio of Internet of Things (IoT) services and data analysis capabilities to revolutionize care for the elderly.

KT joined forces last week with the Comprehensive Support Center for the Elderly Living Alone, an organization run by the Ministry of Health and Welfare, to launch a pilot service for seniors living alone and suffering from Alzheimer’s disease.

“It is high time that Korea built a social safety net that encompasses both online and offline services as well as information and communication technology,” said Lee Dae-hyung, the managing director of KT’s public customer division. “We are trying to resolve social issues, such as the lonely death of seniors, using our IoT capability.” 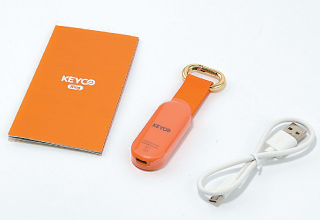 KT is introducing two elderly care technologies. One is a real-time motion detection sensor attached to an LED light in the house. When the sensor does not detect any movement for a designated period of time, it will automatically send an alert to welfare workers or nurses at public health centers nearby.

It’s meant to prevent elderly people from dying alone and being discovered long after their death, as often happens to older people living by themselves.

The other solution is a small, portable device equipped with a sensor and transmitter that can track the location of people outside their homes.

It relies on narrowband radio technology, or NB-IoT, which is a low-power radio technology used by nationwide IoT networks. KT and LG U+ are using NB-IoT technology, but top service provider SK Telecom uses its own LoRa network for its IoT connectivity, which it claims is more cost-effective.

The boundary of seniors’ movements can be set using a smartphone app linked to the device. If someone is found to have moved from the area, social workers will receive notifications.

KT will run a pilot program with 30 seniors in Seoul starting on April 23 for two months and will decide whether to commercialize the IoT-based care services based on the results.

As for SK Telecom, its advanced elderly care system is already on the market.

In collaboration with Solu M, a small tech device manufacturer, the carrier last May began selling Keyco, a key ring-shaped accessory that monitors the current location of its holder and the movement route through a smartphone. It relies on SK’s LoRa network.

At only 10.46 centimeters (4.1 inches) long, 2.33 centimeters wide, and 1.25 centimeters thick, it caters seniors but can be attached to practically any person or object, from young kids to luggage, valuable objects and even pets. The device costs 69,000 won ($64.53) and monthly fee for the location monitoring service is 1,900 won.

Less than a year after its launch, the elderly make up around 40 percent of the subscribers to the service, according to SK Telecom.

“The demand for Keyco hasn’t exploded, but it is showing a meaningful increase,” said a spokesman for the carrier. “As society is paying more and more attention to the elderly with Alzheimer’s disease, we project that seniors’ share of the entire user base will exceed 50 percent very soon.”

The country’s smallest carrier, LG U+, has been analyzing customer’s electricity usage since 2016 to check on the wellbeing of older people living alone.

It offers a smartphone app that lets subscribers see how much electricity they use and shows their usage patterns. When the app sees that seniors living alone who are registered with local welfare centers used a minimal or uniform amount of electricity for the past 24 hours, it sends a warning to social workers.

The mobile operator has been offering its IoT Energy Meter service free of charge to 1,000 senior single households for a three-year period.