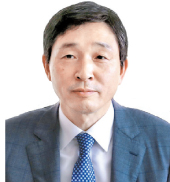 A former ambassador to Vietnam will take office on Monday as the new head of the ASEAN-Korea Centre, an intergovernmental organization devoted to expanding Korea’s economic and diplomatic ties in Southeast Asia, the center said Thursday.

Lee Hyuk, who will assume the position of secretary general on Monday, is a career diplomat. He previously served as Korea’s ambassador to the Philippines and a presidential secretary for foreign affairs. He recently finished his term as ambassador to Vietnam.

“Under the new initiative, dubbed the ‘New Southern Policy,’ the Korean government aims to elevate its relationship with Asean to the level of those with the four major powers around the Korean Peninsula,” the center quoted Lee as saying. “For the next three years, I will make earnest efforts to achieve shared prosperity between Asean and Korea through mutually beneficial economic cooperation, and to connect peoples of the two regions by promoting cultural and people-to-people exchanges.”

The center will host an inaugural reception for Lee on April 23, where Kang Kyung-wha, Korea’s minister of foreign affairs, and ambassadors from member countries of the Association of South East Asian Nations will attend.

The ASEAN-Korea Centre was established in Seoul in 2009 with mandates to increase trade volume, accelerate investment flow, invigorate tourism and enrich cultural and people-to-people exchanges between Korea and Southeast Asian nations.