Put out the fire

Put out the fire 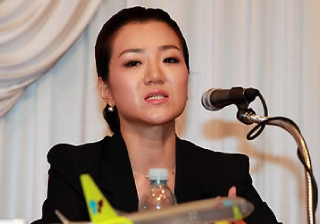 Anger is fire. It is hard to control. Aristotle wrote in “Nicomachean Ethics,” “The man who   is angry at the right things and with the right people, and, further, as he ought, when he ought, and as long as he ought, is praised.” However, even Aristotle couldn’t control his temper. Due to a political situation, Aristotle left Athens and fled to Chalcis, Greece. About a year later, he passed away, probably due to stress and a stomach problem.

When someone is angry pathologically, excessively and frequently, we suspect an anger disorder. An anger disorder is not a medical diagnosis but includes various conditions like intermittent explosive disorder (IED), borderline personality disorder and oppositional defiant disorder.

Among them, the closest condition to rage disorder would be IED, characterized by outbursts of anger and violence for seemingly trivial issues. It can be seen in socially vulnerable people who have a hard time controlling excessive stress or lack self-esteem. According to the Korean Neuropsychiatric Association, about 11 percent of adults in Korea are at high risk and require treatment.

Korean Air senior executive Cho Hyun-min threw water at an advertisement company manager, or threw the glass on the floor as the company claimed, during a business meeting. An audio file of a woman presumed to be Cho yelling at an executive was made public. Her sister became notorious for her “nut rage,” lashing out at a flight attendant for serving her nuts in a bag, not a bowl.

Their shameless behavior received online comments like “pariah capitalism,” “shame on the Taeguk mark Korean Air uses” and “anger management disorder.” Many employees said that she behaves like this often, so she should get psychological consultation rather than engaging in company management.

Here, one thing needs to be made clear. IED often accompanies mental blackouts, similar to blackouts from excessive drinking and hangovers. One may not remember how they behaved. But if the tantrum is only thrown at her subordinates, it is “selective” anger management disorder. As “selective” and “disorder” are contradictory, it cannot be a disorder. She simply gets angry easily.

Psychologists advise that cost-effectiveness needs to be analyzed quickly to control anger. One needs to think about whether she or he can handle the situation after venting out. In fact, this is how most of us handle anger. In order to relieve stress and maintain mental well-being, we try various things such as meditation, reading and exercising. Cho and other power abusers need to take a look at themselves. They explode not because they need to, but because they can.