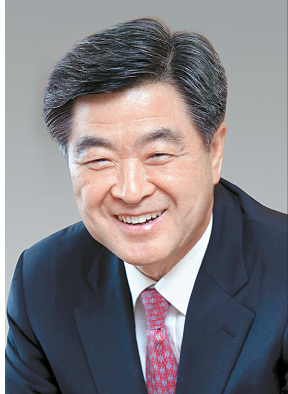 Kwon Oh-gap, chief executive of Hyundai Heavy Industries Holdings, told reporters at a press briefing Monday in Seoul that it wasn’t the government’s role to set hiring targets for companies, as it did for local shipbuilders earlier this month.

“The government said it will help local shipbuilders hire 3,000 new recruits every year on average [through 2022], but I think it is improper for the government to give such orders,” Kwon said. “The size of our work force should depend on whether there is work for it or not.”

Kwon is a shipbuilding expert with a 40-year career in the industry. He was formerly chief executive of Hyundai Heavy Industries before he resigned at the end of last year to head the shipbuilding group’s holding company, which was established last month. In an effort to improve its corporate governance structure, the group split into four companies in April and converted one of them - Hyundai Robotics - into the group’s holding company, and renamed it HHI Holdings.

It was the first time Kwon met with reporters after he was officially inaugurated last month.

Earlier this month, the government unveiled a support plan for local shipbuilders and shipping companies that have been suffering from a stagnant market. Part of the plan was to help three major shipbuilders hire 3,000 new recruits on average from this year through 2022.

Many skeptics have argued that the proposed figure is unrealistic, considering local shipbuilders combined hired a little over 1,000 new recruits per year even in the late 2000s, when the global shipbuilding industry was enjoying good times.

Kwon expressed concerns about the government continuing to give money to a shipbuilder to help it survive, although he didn’t signify which.

“People ask whether Korea should have three big shipbuilders or two, but this decision should come from the market,” Kwon said. Shipbuilders in China and Japan are merging to survive and raise their efficiency, he said.

Still, Kwon unveiled an ambitious revenue target for the group in 2022.

While HHI Group, which includes the holding company, shipbuilder HHI and all other affiliates, had roughly 37 trillion won ($34 billion) in revenue last year, Kwon said his combined revenue target is 70 trillion won for 2022.

In early May, the group will announce an outline of its new growth engine business. Kwon said oil refining affiliate Hyundai Oilbank is set to announce a new business very soon as a joint venture deal is almost finalized and HHI has also come up with a brand new business that will be a surprise.

Kwon is also considering digitizing the group’s manufacturing business. HHI Group is planning to build a research and development center on a plot of some 40 acres in Pangyo, Geyonggi, by 2021 and fill it with 5,000 to 7,000 tech researchers.