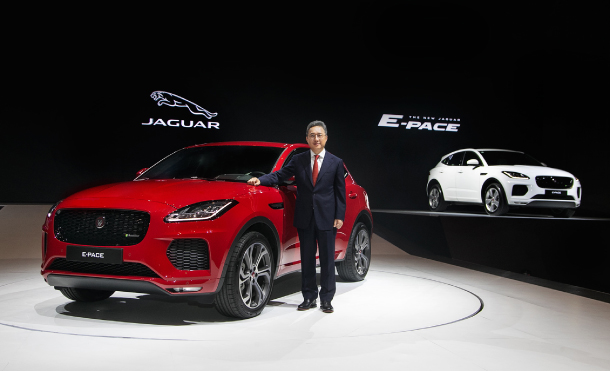 Jaguar Korea added one more option to the burgeoning subcompact SUV industry in Korea with its latest E-Pace model launched on Monday.

The E-Pace is the third vehicle in the British automaker’s SUV lineup to be introduced in Korea after the midsize SUV F-Pace and electric I-Pace.

The five-seater and all-wheel drive SUV has been designed with the sports car DNA found in Jaguar’s flagship F-Type performance vehicle.

The sideline connecting the front grille with the rear spoiler has been proportioned in correspondence with a sports car.

Despite it being topped with Jaguar’s premium design features, the E-Pace is still reasonably priced.

All versions of the E-Pace are equipped with an Ingenium 2.0-liter (0.52 gallon) 4-cylinder turbo charger petrol engine.

Keeping up with the trend of installing partially autonomous technology in newly launched cars, the Jaguar E-Pace has been equipped with a range of advanced driver assistance systems features such as lane-keeping and parking assist.

“The E-Pace gives a performance driving experience and distinctive British vibe that are only available in Jaguar cars,” said Baek Jung-hyun, CEO of Jaguar Korea, at a launch event in central Seoul Monday.

“But at the same time, we broke down the entry barriers [of the brand],” he added.

Small or midsize SUVs from imported brands are expected to face tough competition in Korea this year.