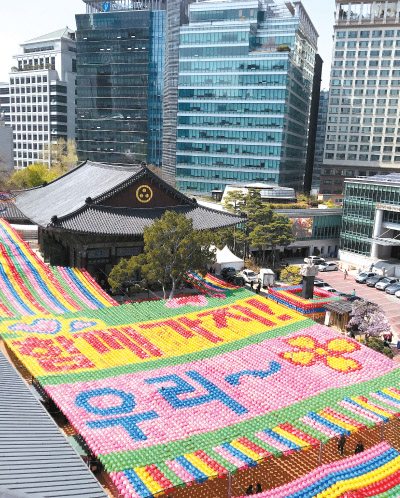 The Jogye Temple in central Seoul, headquarters of Korea’s largest Buddhist sect, has arranged lanterns in its courtyard to form the words “Let’s go together” in Korean. The message alludes to peace and reconciliation between the two Koreas ahead of a summit between South Korean President Moon Jae-in and North Korean leader Kim Jong-un on April 27. [YONHAP]