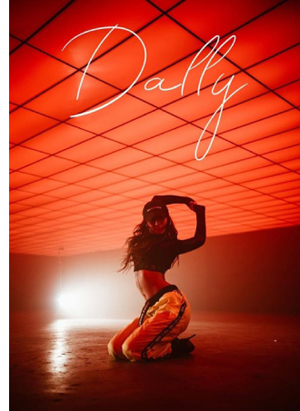 According to her agency Bridge, “Dally,” set to be out Monday, is the second of her three singles series titled “Set Up Time.”

The song is focused on its dynamic and sensual choreography, different from “To Do List,” the first installment released in February, which puts Hyolyn’s vocals in the forefront.

The music video for “Dally,” features “high-heel dance” moves, which have recently caused a craze in the United States.

“She will present a different stage performance, not just dancing in high-heeled shoes,” the agency said.

The 27-year-old established the one-person management agency Bridge after the disbandment of the girl group in June of last year. She has since appeared on the soundtracks of TV dramas such as KBS2’s “Black Knight” and MBC’s “Money Flower,” and has prepared to work as a solo artist.