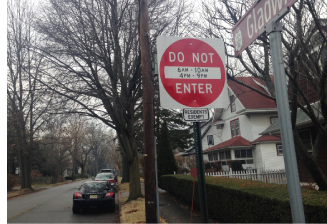 Recently, there was a protest opposing affordable housing in certain areas of Seoul. It is the typical Nimby — Not in my backyard — sentiment among residents concerned that the housing would impact real estate prices.
Nimbyism is common in populous cities, where the location of certain facilities leads to a conflict of interests. It is not uncommon to find Nimbys in cities around the world.

East 141st Street in the Bronx, north of Manhattan, is often thought of as a slum. Local residents worked hard to clear the name and improve the neighborhood, but the municipal authorities built a homeless shelter, a treatment facility for drug addicts and a wastewater treatment facility. When a plan to build a prison was announced, local residents were furious. The city of New York wants to keep all undesirable facilities in one area, but the local residents argue that their neighborhood is not a dumpster.

On the other side of the Hudson River from New York City, the city of Leonia in New Jersey has banned non-residents from driving on its roads during rush hour. Local residents, who suffered because of commuters cutting through Leonia, petitioned the city out of Nimbyism. Then, merchants in the area protested that the hours associated with the fine were not publicized properly and out-of-towners no longer visit the town as reduced traffic affected their businesses.
There is a growing trend that opposes Nimbyism. Lately, Yimby — Yes, in my back yard — movements are making headlines. Residents of Seattle’s Northwest voluntarily set up shelters for the homeless.

A local resident said that the facility may lead to more trash and crime, but it is important to have homeless people feel that they are a part of the community.
Yimby movements started in areas where housing price surged, such as New York, Boston, San Francisco and Seattle. Communal housing was built for young workers, low-income families and minorities who had to commute for more than two hours to work because of expensive housing costs.

In many cases, Yimby movements revive the local economy and real estate market and offer a happy ending for good-hearted neighbors.