The Korean production of the play “Amadeus,” which revolves around the renowned composer Wolfgang Amadeus Mozart, is currently being staged at the Kwanglim Arts Center in southern Seoul. See THEATER, below. [YONHAP]

April 28: In her first concert recital since she performed music from her “Canto Antigo” album at the 2015 Ditto Festival, violinist Zia Hyunsu Shin returns to the stage at the Seoul Arts Center. Shin will be accompanied by Japanese pianist Akira Eguchi, who was Shin’s partner on her first album “Passion.” The program contains pieces from the following artists: J.S. Bach, Grieg, Szymanowski and Wieniawski. 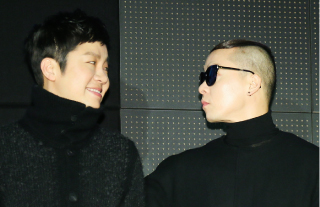 May 5-6: After their May 2010 concert “SOUL Breeze,” this is the first spring concert in eight years for Korean R&B group, Brown Eyed Soul. In this outdoor theater, Brown Eyed Soul will choose to sing warm, soulful songs that are suitable for spring.

May 19-20: Singers will come together in Seoul to sing everyone’s favorite Disney songs and depict magical movie moments on stage. While clips from the films play on screen, the audience will get to enjoy the singers playing out the scenes onstage as well. The program includes songs from Disney classics such as “The Little Mermaid,” “Beauty and the Beast,” “Lion King” and “Frozen.”

July 1: The works of the two prominent Japanese artists, novelist Murakami Haruki and animator and manga artist Miyazaki Hayao will be recreated by conductor and music narrator Ahn Du-hyeon and the Arts Symphony Orchestra.

The role of Mozart will be played by two veteran TV actors: Cho Jung-seok and Kim Jae-wook.

May 18 to July 29: This show revolves around the tangled, turbulent love triangle between the petulant Southern belle Scarlett O’Hara, the charming rich gent Rhett Butler and the sweet, yet unattainable Ashley Wilkes. Based on the 1939 movie and Margaret Mitchell’s well-received novel of the same name, the performance will also touch on the themes of slavery, the Civil War, belonging and displacement.

Bada, a former member of girl-group S.E.S., will reprise her role of O’Hara, while actor-singer Shin Sung-woo will play Wilkes. Additionally, star musical actor Brad Little is directing the performances.

May 23-27: The Scottish Ballet, which is one of the four leading ballet companies of the United Kingdom, is coming to Korea with their adaptation of the highly-acclaimed Grimm brothers’ “Hansel and Gretel.” This is the first time for the Scottish Ballet to perform in Korea since the 1992 royal visit of Prince Charles and Princess Diana.

June 8 to August 5: Based on the 1831 French romance novel by Victor Hugo, this acclaimed musical is a combination of unforgettable songs, gothic stage design and a dramatic plot. To mark its 10th anniversary at the Sejong Center for the Performing Arts, the performance selected a brilliant cast, including musical actors Yoon Gong-joo, Michael K. Lee, Choi Min-chul, Chung Dong-ha, Min Young-ki, Lee Choong-joo and Park Song-kwon, as well as singer K. Will.

June 9-10: The Universal Ballet Company is presenting a production of “The Love of Chunhyang,” based on the famous Korean pansori (traditional Korean opera) Chunhyangga. Taking place during the Joseon Dynasty (1329-1910), this ballet portrays how two lovers - Chunhyang and Mongryong - encounter struggles but eventually live happily ever after. 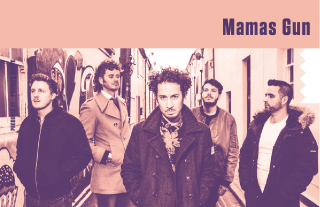