A threat to democracy

A threat to democracy 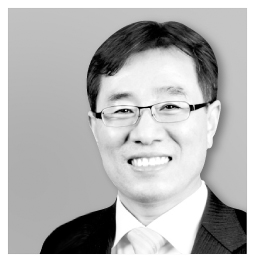 *The author is a professor of cyberdefense at Korea University.

The problem of online opinion manipulation is shaking Korean society once again, even as we’re reeling from the organized and systematic schemes of the last administration. It was recently revealed that a man surnamed Kim, who goes by the online alias Druking, attempted to manipulate online opinion with incendiary posts and illegal macro programs.

Online manipulation is an issue not just in Korea but across the world. According to research by the University of Oxford, public opinion manipulation teams with political motives are active in more than 20 countries, including the United States and China. This is not a new trend. In Korea, people have been paid to write online posts since the early 2000s.

But these incidents were neglected without fundamental and effective responses, and online opinion manipulation has become more precise, clever and systematic. The situation has aggravated, and some propose shutting down the comments section on portal websites or reviving the requirement of using real names on the internet, which was ruled unconstitutional three years ago.

Getting online attention leads to competitiveness. Those who get more attention online receive greater opportunities and rewards in the economics of attention. Politicians are sensitive to this, and their collusion with businesses manipulating public opinion is fateful. It’s the economics of the comments section making money for portal websites like Naver, which have made it easier to write comments and earn more from advertising.

Online opinion manipulation cannot be resolved easily because of considerable demands from politics and business. The business model and market of manipulating comments, likes and search ranking for money are present, and in this setting, brokers like Druking and “under-marketers” are bound to be active. 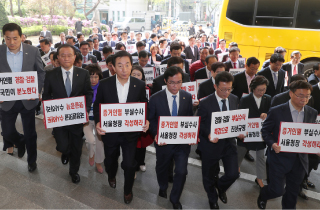 For some politicians, the biggest problem with online opinion manipulation through politically aimed comments is not the election outcome. It is that the sinister act hinders the core fundamentals of democracy, that is a healthy public sphere and competition of ideas based on the free will of citizens and popular sovereignty. Now, the ideal of an online democracy through collective intelligence is even harder to achieve.

Without clear principles and a response plan on this issue, the future seems even grimmer. According to one international report on the malicious use of artificial intelligence, AI technology transcending simple macrotechnology can be used in online propaganda to manipulate public opinion during elections.

An election is approaching in Korea, and we have countless more ahead. At this juncture, this issue must be resolved. Past incidents, including the Druking case, need to be thoroughly investigated to prevent recurrences. Manipulation of online opinion needs to be eradicated, and democratic online processes need to be restored.

Major countries are already working on responses against cyberthreats to democracy. Harvard University has created a digital democracy defense program. Canada defines cyberthreats against its election system, parties, politicians and media as threats to the democratic process.

Korea should have a “kill chain” model on comment manipulation activities that begin with portal account purchases, macropurchases and manipulation requests. A comprehensive phase-by-phase plan should be prepared. Comment manipulation should be defined by the law as an unconstitutional act interfering with the creation of democratic public opinion, and a principle should be set so that offenders are strictly punished.

Politicians should break out of the temptation of illegal comment manipulation to get more attention. They should not think that it is okay so as long as they are not caught. They need to sever ties with under-marketing providers and prepare rules for fair competition. Without breaking the fundamental tie between supply and demand, public opinion manipulation with political intention cannot be resolved easily.
Major portal websites must keep in mind that their service comprises of a democratic process and the activities of citizens. They have social accountability beyond profits. They need to reinforce and maintain policy and technology to effectively prevent online opinion manipulation using macroprograms.

The upcoming election in June needs to be held through fair competition without any illegalities or manipulation. By holding a successful election, Korea will be able to make a leap to an advanced online democratic country.