Elephant in the Trump-Abe room

Elephant in the Trump-Abe room 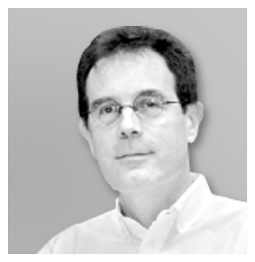 *The author is a director of Opera Advisors in Kuala Lumpur, Malaysia.

Japanese Prime Minister Shinzo Abe is visiting U.S. President Donald Trump this week, their seventh meeting since Trump’s 2016 election victory. Abe was the first foreign leader to meet Trump, and the two countries’ military alliance has helped to sustain peace in East Asia for the past 60 years. This meeting, however, is likely to be more fraught than any others given Trump’s recent slights to the Japanese leader: Trump initially omitted Japan from the list of countries temporarily exempted from new trade tariffs, and didn’t alert Tokyo ahead of his decision to meet with North Korean leader Kim Jong-un.

While Abe’s latest visit was prompted by the possibility of Trump meeting Kim, the leaders have at least two other important issues to discuss: trade and China’s growing military activity around the region. “China” is almost always in the room when the United States and Japan meet, and never more so than after President Xi Jinping came to power in 2013.

Abe needs Trump to counter Beijing, and as a result the Japanese leader will have to overlook much about Trump’s behavior so far. It’s also why this week’s two-day summit is likely to end on a cordial note. Anything short of that would add to the region’s volatility — and both men know that.

On trade, the United States’ problems with China today are similar to those it faced with Japan in the 1980s and 1990s. Both China and Japan have run large, intractable surpluses vis-á-vis the United States for decades, the basis for Trump’s Japan criticism during his campaign. But Japan was never rattling sabers at the United States, so the issue more or less worked itself out, helped in part by China beginning to attract attention as the United States’ largest trade problem in the mid-1990s — a problem that has since metastasized.

The U.S.-China trade war isn’t about trade anymore. It’s about whether the world in the coming decades will be dominated by a capitalist democratic system or by Beijing. Beijing started the “war” in the 1990s with its mercantilism and serially unkept commitments on market access and intellectual property protection. Following China’s accession to the WTO in 2001, which was oversold to the U.S. public with promises that trade would lead to motherhood and apple pie in China, these problems only grew. Now loaded with cash, Beijing makes it clear that China is not interested in playing by the rules of Western institutions. “Negotiations” won’t change this.

Like him or not, Trump is the first president to do something about it. His tariffs have provoked an energetic, long-overdue conversation in the West about the reality of China. Beijing’s unfavorable portrayal of Trump makes it politically difficult for Xi to make concessions, though it’s unlikely anyone in Trump’s administration would believe more promises from Beijing, anyway. In a sign of confusion, or perhaps desperation, Beijing is trying to enlist Tokyo’s help in tackling the steel tariffs. Good luck with that.

The United States and Japan will come to some modus vivendi on steel tariffs while they work out a longer-term trade agreement, either bilateral or a U.S. return to the Trans-Pacific Partnership (TPP), which Trump, keeping a major campaign promise, abandoned on his first Monday in office. Rejoining the TPP doesn’t have to be a “Read my lips: no new taxes” moment for him. His base, seeing Beijing respond politically and cynically — China’s retaliatory tariffs target exports from regions that are home to Trump voters — will understand, helped along by low unemployment and a growing economy. It may take some years and economic pain, but Americans will accept it and move on. So will the Japanese. What they won’t accept is a world dominated by Beijing.

The biggest reason for the United States to return to the TPP is to fortify friendships and alliances that may be needed to keep in check the Chinese military expansion that has taken place since Xi came to power. Despite assurances to the contrary, Beijing has continued efforts to militarize artificial islands it built in its neighbors’ exclusive economic zones in the South China Sea. Both this expansion and Beijing’s recalcitrance about it make it as much a problem for Japan as for the countries — Vietnam, Philippines and Malaysia — into whose resource-rich neighborhoods Beijing has moved. Abe is likely to fully support the United States’ efforts on this issue.

The news of a Trump-Kim meeting prompted this week’s face-to-face, requested by Tokyo over concerns that Trump might settle for a deal with North Korea that protects the United States but leaves Japan, minutes away by ballistic missile, exposed. This proximity makes Kim’s threats existential to Japan’s big cities. Abe wants a dismantling of the North’s nuclear and missile capability, a position on which he has likely gained comfort since Trump added two North Korea hawks to his administration last month. Secretary of State nominee Mike Pompeo and National Security Adviser John Bolton are about as inclined to negotiate over the North’s nuclear and missile capabilities as Trump is over China’s trade policies.

It’s unlikely that Abe and Trump will show anything for the cameras other than a united front and the bonhomie that goes with that. So expect a successful meeting, though little in the way of actual progress on the issues they face. To solve any of these seemingly insoluble problems, China will have to really be in the room with them, and it won’t come in seeing eye-to-eye like Abe and Trump generally do.