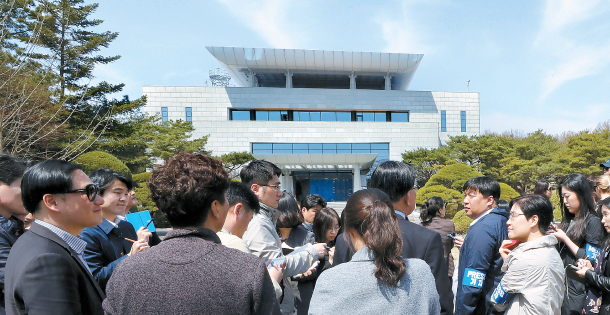 Members of the press on Thursday take a familiarization tour of Peace House in Panmunjom, where South Korean President Moon Jae-in and North Korean leader Kim Jong-un are scheduled to have a historic summit on April 27. [YONHAP]

“North Korea is expressing its intention for complete denuclearization,” said the president during a luncheon meeting at the Blue House with senior executives of 48 media companies. “And it is not making demands that the U.S. cannot accept, such as the withdrawal of the U.S. forces in Korea.” 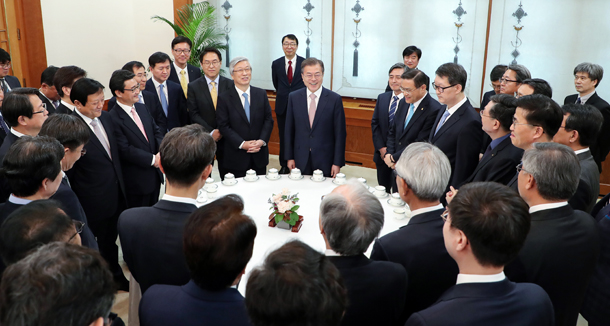 President Moon Jae-in, center, speaks during a meeting with the heads of local news outlets in the Blue House in Seoul on Thursday to solicit their advice on his upcoming summit with North Korean leader Kim Jong-un. [YONHAP]

He also confessed limitations on the part of his government to achieve much at a time when international economic sanctions have been levied on the North for its nuclear and missile tests.