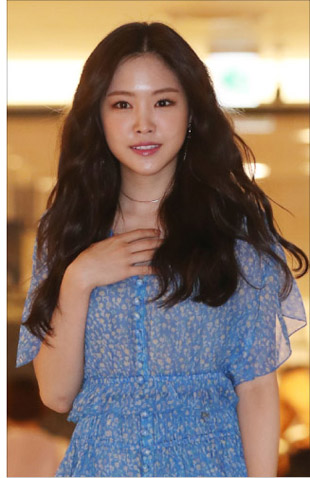 Singer Son Na-eun of girl group Apink has suffered an ankle ligament injury, according to her agency Plan A Entertainment on Friday.

“Her previous ankle injury has continued to cause her pain and she is currently focusing on recovery,” said her agency.

They added, “[The injury] isn’t causing major problems in her daily life, so please do not worry too much. Son is trying to rest as much as possible.”

They explained that the singer insisted on carrying out all the promised scheduled events, but that she won’t be participating in events and performances that require a lot of leg movement.

Meanwhile, the singer has been chosen as a spokesmodel for global cosmetic brand Shu Uemura, and she participated in a brand promotion event in Japan on Thursday. She will also be attending “Pink Cinema,” a previously scheduled Apink fan meeting event today.

This year marks Apink’s seven-year anniversary and the group released a special single “Miracle” on Thursday. In celebration of their anniversary, the group will hold the fan meeting event and also donate a part of their record profit to non-profit organizations such as the Naver Happy Bean and the Purme Foundation.