Gothic or Helvetica? For Brands, Fonts Help Tell a Story

Gothic or Helvetica? For Brands, Fonts Help Tell a Story 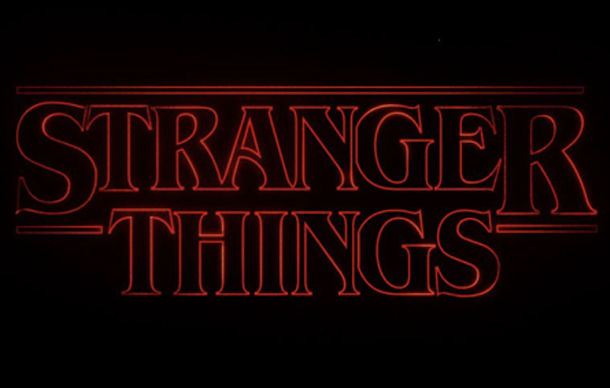 When ads for the Netflix show “Stranger Things” first appeared in 2016, the glowing, blood-red, unevenly shaded font that spelled out the title told viewers exactly what they could expect. The retro typeface — and a haunting, one-minute title video — became synonymous with the supernatural thriller series and, as the show gained in popularity, memes centered largely around its instantly recognizable title have become plentiful.

“You’re dealing with text and how people respond to the font,” said Peter Frankfurt, executive creative director on the “Stranger Things” project and founding partner of Imaginary Forces, a visual storytelling and brand strategy company. “None of us ever conceived this would ever be the phenomena that it is.”

Hollywood has long known this marketing trick, with movie studios strategically choosing fonts, colors and lighting for a film title that will reflect its tone and genre. And in a crowded marketplace, many mainstream consumer brands — like Southwest Airlines, Remax and Domino’s Pizza — have placed more focus on fonts as a crucial part of their marketing.

When Southwest Airlines revamped its brand in 2014, it overhauled its font and logo as part of the upgrade. It wanted to create the image of an airline that cared about customer loyalty — one that had heart. So, Southwest changed its all-caps Helvetica font to a thicker, custom-made Southwest Sans font that included lowercase letters — changes meant to convey a softer, friendlier tone. It also added a tricolor heart to the logo, along with the tagline “without a heart, it’s just a machine.”

“Now we have a unique font that really embodies our personality as a brand,” said Helen Limpitlaw, director of brand communications at Southwest Airlines. “We’re in a very competitive category and we’re trying to avoid that sameness.” The new typeface now appears on Southwest’s planes, ads, airport signage, uniforms, website and in-flight items.

Before, the colors and fonts used by the airline varied from platform to platform. “The voice felt very fractured, it was a disconnected experience,” said Rodney Abbot, senior partner at Lippincott, a brand strategy and design firm that worked with Southwest.

A survey of Southwest customers showed that 95 percent found the new identity appealing, according to the National Brand Monitor in 2014. “We’ve definitely seen an increase in revenue, an increase in bookings and brand momentum,” Ms. Limpitlaw said.

Font style, size, shape, thickness, color, and depth all tell a story. “The typeface is an expression of the tone of voice,” Mr. Abbot said.

Experts say the right fonts can help brands stand out in a competitive market. But they need to know who they’re targeting and what they want to say. “Speaking to a mom is different from speaking to a teenager or a 65-year-old retiree,” said Frank Liu, chief creative officer at Siegelvision, a branding and communications firm.

Monster Beverage is a good example of a company knowing who it wanted to speak to. In 2002, it rolled out its Monster Energy drink logo, which featured three neon-green claw-marks in the shape of an “M” on a black background, with “Monster” in white Gothic-like lettering under it. The eye-catching logo and colors exuded energy and youth and connected with fans of sports like snowboarding and Formula One racing, who were its target customers.

“The graphics absolutely nailed it for that demographic,” said Paul Friederichsen, a partner at the Blake Project, a brand marketing and consulting firm. Now, 16 years later, Monster’s logo remains valuable and recognizable.

Legacy companies are sometimes nervous about making changes, but they risk stagnating if they don’t.

“People are afraid to rebrand these days because of the haters out there on the internet who can tear things apart,” Mr. Matteson said.

When the retailer Gap changed its iconic Spire-like font to Helvetica as part of a 2010 rebrand, customers pushed back hard. “The new logo lost all the personality the original mark had acquired over the years and was rolled out without explanation or rationale,” said Matt See, senior art director at Siegelvision. “It felt like no thought was put into it.” The company ultimately switched back to its original logo.

Experts recommended that companies retain font experts and conduct plenty of surveys before making a change.

When the real estate giant Remax decided to overhaul and update its logo and font for the first time in 44 years, the company spent two years and surveyed 20,000 people in the United States and Canada before pushing ahead with the changes.

“At the end of the day, all of these images were going to be on yard signs throughout the world, so we wanted to be sure that it resonated with the consumer,” said Abby Lee, vice president of marketing and media strategies at Remax. “Trying to change a brand after 45 years with 115,000-plus agents out there is quite a task.”

The company needed the font upgrade because its typefaces didn’t translate well in the digital world: The firm’s recognizable hot-air balloon logo and aging fonts became blurred on mobile devices. This posed a significant problem because 34 percent of current home buyers are millennials — a group that relies heavily on digital devices.

Done right, fonts allow brands to showcase their human side and personality, which can then connect with consumers emotionally.

“It’s about understanding the power of typography,” said Mr. Frankfurt. “There are so many different ways that type communicates to us and acts in a voice and takes on a personality and it’s more prevalent than ever.”

What font is this lesson printed in? How tuned in are you to the visuals of messages? We look this week at getting the right image for a message.

Before reading the article for this lesson, notice what fonts you use when typing your academic work. For your emails and texts. What font does Instagram and Facebook use as their defaults?

The article quotes a brand strategist as saying, “The typeface is an expression of the tone of voice.” How so? Support this statement with three details. Include examples of both success and failure when a font was altered.