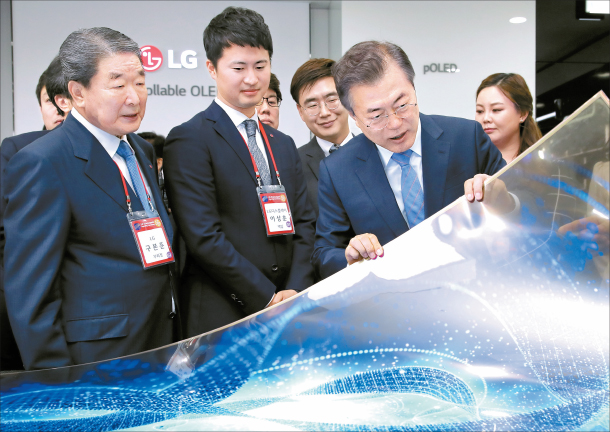 The Korean tech conglomerate said it hopes that the campus will host joint research with smaller firms and start-ups as well as global companies, colleges and other research institutions and foster a climate of open innovation.

“The government will lift regulations that are holding back the development of new technologies and new products while helping to create an innovative growth ecosystem that will bolster research and businesses,” said Moon in a speech. “We will expand our support for start-ups and technology development so that test runs for new businesses are possible.”

President Moon also asked businesses to help create “good” jobs for talented researchers, adding that the government has high hope that the 4.6 trillion won ($4.3 billion) investment in the new campus will create 190,000 jobs as well as 30 trillion won in future production value.

“The government will double the budget for basic research to 2.5 trillion won within my term and reorganize our [policy] support to center on researchers,” Moon said. 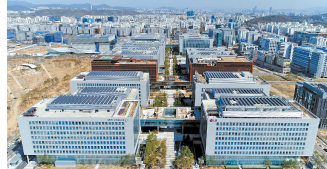 “The biggest asset of our country is our people and technology, and in the fourth industrial revolution, for companies to succeed they should foster talent and invest in R&D,” said LG Group Vice Chairman Koo Bon-joon. “With this place as its center, we will create an open innovation ecosystem and lead in innovative growth as well as creating future-oriented jobs.”

Major LG research labs will move into the new complex. Some are from the conglomerate’s core businesses, such as electronics and chemicals, but others are focused on future growth engines like OLEDs, automotive parts and energy technology. The lab will also study the convergence of next-generation technologies such as robotics, artificial intelligence, autonomous driving and 5G connectivity.

Some 17,000 researchers from eight affiliates, including LG Electronics, LG Display and LG Innotek have moved in. LG Group plans to increase that number to 22,000 by 2020.

The campus will also have joint labs that collaborate with small and mid-sized enterprises as well as global companies, such as Qualcomm.

The campus is equipped with eco-friendly energy saving technologies, such as a smart LED lighting and a cooling and heating system that utilizes the land it is built on, as well as solar panels and energy storage systems.

“The various converging technologies that relate to all these fields will provide the basic framework for LG’s future and also contribute to the country’s innovative growth,” said Ahn Seung-kwon, LG Science Park president.

In Magok-dong in Gangseo District, where LG’s new campus is located, there are R&D centers for 41 other companies, including Lotte Group, Kolon Group and S-Oil.