Jamie Chung has her eyes on Korean films

Jamie Chung has her eyes on Korean films 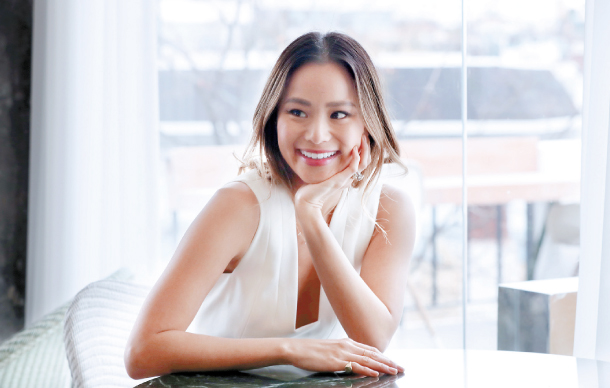 Jamie Chung said in an interview last month in Hannam-dong, central Seoul, that she wants to improve her Korean. [SCREEN CAPTURE]

Born to Korean immigrants in California, she was raised in a traditional household where honorifics were carefully followed and traditions reigned. Her parents believed graduating college was important, and she did not want to disappoint. She did not dare say she wanted to be an actress until she found a role they might be proud of.

“This is my fourth visit to Korea,” she said in a recent interview at Seoul Fashion Week. “I wish I could come more often. I am not really good at Korean but get better when I drink.”

The 35-year-old debuted on the MTV reality show “The Real World: San Diego” after an audition while studying economics at the University of California, Riverside. Her parents’ advice to always be humble has helped her retain her career as an actress in Hollywood, where there always were fluctuations, she said.

Chung began with roles stereotypical for Asian actresses - the attractive and smart university student, the female samurai - but her roles have evolved over time. In 2012, she was invited to the Busan International Film Festival after portraying a Korean-American who is forced to work in a brothel in the film “Eden.” 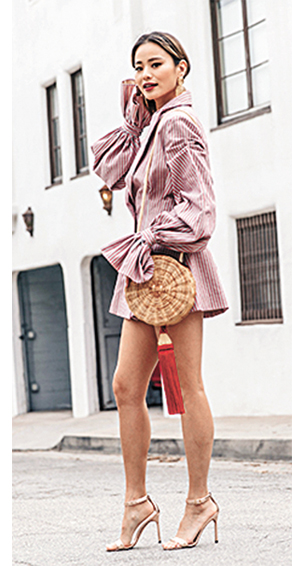 Most recently, she was in the television show “The Gifted,” based on Marvel Comic’s X-Men series and has a recurring role as Mulan in “Once Upon a Time.”

Chung says she tried her best in the roles she was given at the beginning of her career but now wants to play female characters that are unconventional. In Hollywood, that is getting a little easier as race and gender discrimination are openly discussed in the industry and women of color are speaking up.

During her visit to Seoul, she expressed a strong affection for Korean cinema and said she keeps up with Korean films. “Korean films are powerful,” she said.

Some of her favorites include “Mother” by Bong Joon-ho, “The Chaser” by Na Hong-jin and Kim Hyun-seok’s “I Can Speak,” which deals with the dark history of Japan’s sexual enslavement of Korean women during World War II, but with a touch of humor. She also liked “The Villainess,” which features a female assassin.

She was greatly impressed by “The Bacchus Lady,” in which Youn Yuh-jung plays an elderly prostitute, adding she wants to take up roles that show such fresh perspectives. “I am not very good at Korean, but I really want to have an opportunity to be in a Korean film,” she said.

Chung has a dedicated following on social media. Her Instagram followers total more than 1.1 million, and her blog Whatthechung shows her daily life, beauty regiment and fashion style. But she has no plans to capitalize on her internet fame, saying it is just a hobby that refreshes her in between projects.

She has a strong interest in fashion, having gone as far as making her own dress with her grandmother’s sewing machine when she was young. She likes reviewing new cosmetics products and has figured out her own make-up methods that fit her style the most.