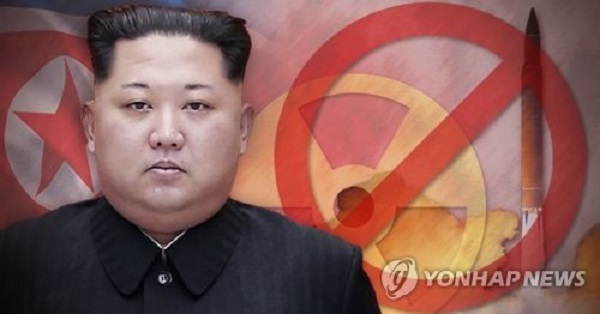 Kim Jong-un said North Korea will scrap its northern nuclear experiment site while halting its nuclear and intercontinental ballistic missile (ICBM) tests, telling his top political aides on Friday that the socialist regime would now concentrate on improving the economy.

But the 34-year-old leader, speaking at a plenary meeting of the Central Committee of the ruling Workers’ Party on Friday, did not say he would tear down his nuclear stockpile and stressed that the regime felt it needless to seek any further nuclear development because it has already mastered the program.

South Korean authorities had been trying to determine whether North Korea would mention its nuclear weapons as Kim prepares to hold discussions on some sort of denuclearization with South Korean President Moon Jae-in next Friday in the truce village of Panmunjom, and possibly with U.S. President Donald Trump in May or early June at an undecided venue during two separate bilateral summits.

On Friday, Kim said his party would push for a “nuclear-free world” and try to improve the domestic economy now that North Korea has firmly positioned itself as a “globally strong military state.”

The North will also “actively talk” with neighboring countries and the international society, Kim said, in order to protect the peace and security of the Korean Peninsula and the world by “making the international environment fit for constructing a socialist economy.”

North Korea carried out 17 missile tests and a nuclear experiment last year, proclaiming on Nov. 29 after an ICBM test that it has “mastered” its nuclear development program, leading local pundits to believe the regime would spend 2018 focusing on its economy.

A raft of international sanctions have choked the North’s economy, especially after China, its biggest trade partner, joined the effort amid mounting pressure from the United States. Pundits believe North Korea will try to bring an end to the sanctions in the upcoming summits with Seoul and Washington, in part of its long-held vision to emulate its “Big Brother,” Beijing.

By the end of the 1960s, China completed its development of ballistic missiles as well as atomic and hydrogen bombs, established diplomatic relations with the United States in 1972 and pushed through market reform.

Shortly after the KCNA report was released, Trump tweeted: “North Korea has agreed to suspend all Nuclear Tests and close up a major test site. This is very good news for North Korea and the World - big progress! Look forward to our Summit.”