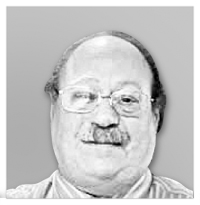 *The author is a senior fellow of the Brent Scowcroft Center for Strategy and Security at the Atlantic Council and its Foresight, Strategy and Risks Initiative. He served as a senior counselor to the UnderSecretary of State for Global Affairs from 2001 to 2004, as a member of the U.S. Department of State Policy Planning Staff from 2004 to 2008, and on the National Intelligence Council (NIC) Strategic Futures Group, 2008-12. Tweet: @Rmanning4

In a plaintive appeal that gives chutzpah a bad name, the UN — I’m not making this up — has issued an appeal for $114 million in humanitarian aid for North Korea, as aid agencies say 41 percent of the population is undernourished.

I don’t mean to make light of, or suggest indifference to, the tragic plight of some 23 million North Koreans outside of political elite circles. The horrendous policies of the Kim family dynasty’s distorted economy have caused mass starvation before: Estimates are as many as 2 million died as a result of a protracted famine from 1995-98.

That 41 percent of North Koreans may be undernourished, some 60,000 facing starvation and medicines lacking as UN agencies and NGOs contend may well be true. But this is a result of a calculated policy of the terror-controlled state in Pyongyang. 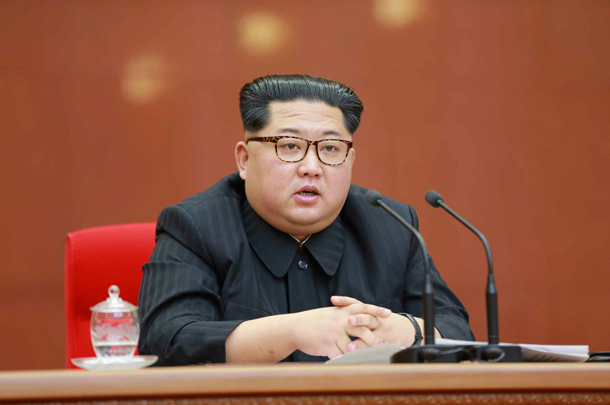 We have seen in previous humanitarian aid efforts how the regime in Pyongyang exploits such good intentions. They charge exorbitant taxes and fees to aid-providing NGOs. They refuse to allow aid providers full access to confirm that aid reaches its intended recipients. Instead, that requires advance notice so they have time to find well-fed citizens to show to the World Food Program days later. We know that in the past, wheat, rice and other foodstuffs ended up in the stockpiles of the North Korean military.

The appeal will undoubtedly lead well-intentioned donors to help. But unless the regime allows full monitoring without conditions or more than an hour’s advance notice, the regime will take credit for the “tribute”; redirect some portion of the aid to loyal supporters; and reinforce the regime writ large. Full transparency, anytime, anywhere inspection should be an iron-clad condition for any food or medical assistance — just as it is necessary for verifying denuclearization.

Though UN officials implore us not to let dastardly politics get in the way of responding to dire needs, I fear the opposite may occur. I would not be surprised if the UN appeal will be used to help rationalize South Korean aid to the North as a “deliverable” when they hold their North-South summit on April 27.

There is no satisfying solution to this dilemma of how to help the innocent victims of an insidious regime. But the repugnant idea of helping Pyongyang — strengthening the status quo — as it beavers away building more nuclear weapons and building an ICBM that could reach American shores has its own moral dilemma.

So, let me offer a modest proposal that could help reduce the missile and nuclear threat from Pyongyang. As the South Korean government under Moon Jae-in prepares for its summit with the North and as the Trump administration ramps up planning for the Trump-Kim summit, add an item to the agenda of each: Offer Kim $10 million for each nuclear weapon and ballistic missile launcher he turns over to the United States and/or South Korea. He can then buy all the food and medicine he needs. Simply ask him to tell what ports to send ships or airports to send planes to collect these Weapons of Mass Destruction.

I offer this part in jest to underscore the absurdity of the situation. But if Kim is serious about denuclearization — and we have seen this movie one too many times before — any negotiated deal would have to be front-loaded — serious benefits for serious denuclearization.
Nukes for food would not be a bad initial demonstration of both North Korean and U.S. intent. And it would get us away from the current situation which Pyongyang is saying, in effect, is: Feed me or it’s your fault that our people are underfed.

An earlier version of this article
appeared in The Hill online.