Can civilians control the military?

Can civilians control the military?

*The author is a deputy editor of national news at the JoongAng Ilbo. 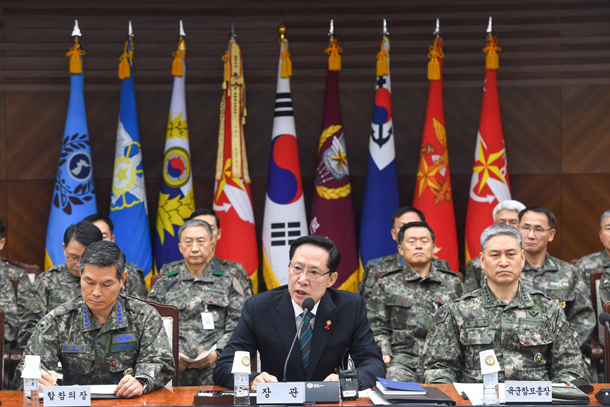 When a NATO meeting was held in Brussels on Feb. 15, a photo depicting French Defense Minister Florence Parly talking with German counterpart Ursula von der Leyen was released. Both of them are women. Their previous careers had nothing to do with the military: Parly is a former executive of a railway company and Leyen was a politician. Nevertheless, they are in charge of the armed forces of strong military powers. According to a study, France is fifth and Germany is 10th in global fire power.

France and Germany are both faithful to the principle of civilian control of the military. They are convinced that a nation’s military and defense policies should be handled by civilian politicians, not career soldiers. As Georges Suarez, the prime minister of France during World War I, famously said, “War is too important to be left to the generals.”

Most countries around the world maintain the principle of civilian control of the military, but Korea is an exception. The position of defense minister has been held by generals since 1961, when Hyon Sok-ho, a politician, served as defense minister in the civilian administration shortly before the May 16 military coup. Even if they were not active soldiers, many of the previous defense ministers served in the role after retiring from the military. The government has long believed that a country like South Korea needs a defense minister from the military as civilians don’t know how to cope with the volatile security situation on the Korean Peninsula.

But times have changed. After President Moon underscored the importance of civilian control of the military, expectations are high that the country could soon have a civilian defense minister.

But questions remain. The liberal Moon administration is considering slashing the number of senior positions held by active soldiers in the Defense Ministry. Many of those positions require a high level of expertise. If they are removed from the ministry, the vacancy will most likely be filled by civilian officials who passed the state examination for civil service. The National Defense Reform Act says that military reform should be achieved through a mix of civilian manpower and professional military.

A former official from the Defense Ministry said that officials from the military not only had similar thinking but also could not freely share fresh ideas due to their strict hierarchy. He added that it was a “hotbed for collective thinking.”

But he raised the question of whether such a stringent culture could change thanks to the replacement with civilians.
If the government wants to introduce civilian control of the military, it must allow a huge pool of security and military experts from the civilian sector like the United States. Otherwise, it can hardly achieve its goal.