How to plan for a summit

How to plan for a summit 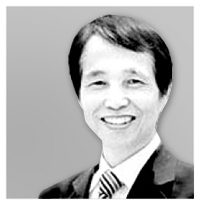 Lee Kwang-hyung
*The author is a professor at the Moon Soul Graduate School of Future Strategy at Kaist and head of the fourth industrial revolution department in the JoongAng Ilbo’s Reset Korea campaign.

Anticipation is high for the upcoming inter-Korean summit. Most of the news is positive, with some hinting that a peace regime will be established along with the North’s nuclear disarmament. It is the news we have long been waiting for.

But we need to pause for a moment. Was there ever an incident in the 2,000-year history of the world when a rogue state became a gentle lamb overnight? There are concerns that we are not paying enough attention to the negative aspects hidden underneath. When we use the scientific method, we can avoid emotional decisions and reduce flaws. We can calculatedly examine the current situation using methods of futurology.

As of now, North Korean leader Kim Jong-un has made dramatic remarks, but they may not convey his true intentions. He can change his mind one way or another. The North’s behavior until now is proof. The task of forming a future-looking strategy with many uncertainties is in front of us right now.

We can divide the task into three stages: forecasting the future, setting a goal and creating a strategy. The examples below have been created for the purpose of simple comprehension and are based on my limited knowledge of inter-Korean relations.

The first step is forecasting the future. Here, three players are involved: South Korea, North Korea and the United States. Because the negotiation has counterparts, our responses will be different depending on how the North and United States will assume their positions.

For example, there are roughly three choices that the North can make. Choice A is the truly bold decision of nuclear disarmament, choice B is nuclear disarmament in return for economic benefits and choice C is avoiding UN sanctions and buying time. 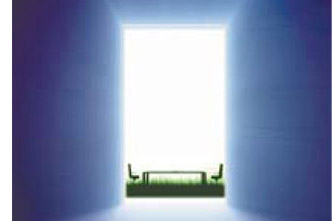 The United States also has three options. Option 1 is adopting a reconciliatory attitude, option 2 is continuing economic sanctions and option 3 is taking a military response.

Setting one goal means we will accomplish it at all cost. But we can set some intermediate goals depending on the situation. For example, if the North demands an enormous amount of economic compensation for its denuclearization and the United States has no intention of responding, we need to create an intermediate goal that we can pursue.

The third stage — creating a strategy — should be done for each forecasted future. In the case of an A1 scenario, we might adopt a strategy where we take the lead on helping the North dismantle its weapons and push for a peace treaty. In an A2 scenario where the North opts to denuclearize but the United States doesn’t budge on sanctions, we might opt to share costs. Each scenario has a corresponding strategy, and since we have nine different futures, we need nine strategies.

In a negotiation, we often fail to win 100 percent of what we want. Therefore, we often go in with a line that can’t be crossed. That line is called the Batna, or the “best alternative to a negotiated agreement.” The Batna is never exposed in advance, because when it is, the other side will demand it from the start.

A negotiation deciding the fate of the Korean people will begin soon. The summit will not be the end, but a start to what’s expected to be a years-long negotiation process. President Moon Jae-in knows this, and he’s said as much when he quipped, “The devil is in the details.” In such times, we need a master plan for negotiations, and it must include all possible futures, goals, strategies and Batnas.

I expect the government to systemically and thoughtfully prepare for the summit using methods of futurology, and they must remember to pay more attention to negative futures. After all, the devil arrives in moments of carelessness.