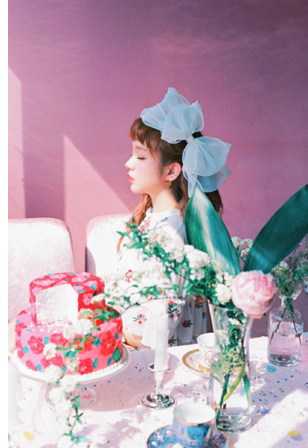 Singer Baek A-yeon will appear as a special guest performer at the “Disney In Concert: Live Your Dream,” which will take place on May 19-20 at the Sejong Center for the Performing Arts in Jongno District, central Seoul.

According to Baek’s agency JYP Entertainment, the singer will perform hit Disney songs from the soundtracks of “Beauty and the Beast,” “Frozen” and many more.

Theodore Ricketts, the head producer of the concert said he cast the singer because she “has a pure voice much like a main character from a Disney movie.”

“Disney In Concert” has previously been held at the Olympic Park in southern Seoul, but it has been moved to the stage this time in order for audiences to really focus on the music and highlight the extravagance of the performances.

Baek first appeared as a contestant on season one of the SBS audition program “K-Pop Star” in 2012 and has released hit singles such as “Shouldn’t Have…,” “So-so” and “Sweet Lies.”