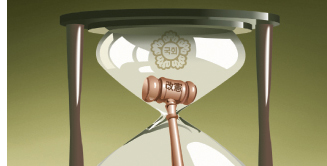 SONG SEUNG-HWAN
*The author is a national news reporter at the JoongAng Ilbo.

The Blue House’s attempt to put a constitutional reform bill to a referendum will probably end in failure. The Blue House tried to push the idea during the June 13 local elections, but it is facing trouble due to the fierce battle between the ruling Democratic Party (DP) and opposition parties.

The controversial online public opinion manipulation campaign led by the blogger named Druking, who had connections to a lawmaker from the ruling party, is chief among the issues of the day. For constitutional amendments, the National Assembly must first revise the National Referendum Act, but the April 23 deadline to do so has passed.

During the last presidential campaign, lawmakers on both sides of the aisle argued that a national referendum on constitutional reform should happen at the same time as the local election. After the presidential election, however, lawmakers kept dragging on their feet on their commitment due to differences over the details of the amendments.

He should be respected for keeping his campaign promise.

But he failed to persuade opposition lawmakers of the revision even after inserting controversial clauses that opposition parties will certainly object to. Constitutional revision requires the votes of two-thirds of National Assembly members.

The main opposition Liberty Korea Party (LKP) is simply opposing Moon’s plan without offering its own alternative. The party belatedly proposed a presidential system in which the president would handle diplomacy and national defense while the prime minister would be in charge of internal affairs. But the LKP could not dispel growing public concerns about power-sharing by lawmakers.

The ruling Democratic Party also didn’t reach an agreement with the opposition, as it blindly adhered to the amendment proposed by President Moon. The DP may feel comfortable, as it can hold the opposition accountable for the fate of the amendment ahead of the June election.

National Assembly speaker Chung Sye-kyun said he is ashamed that he can’t change the National Referendum Act, but he has been neglecting his duty as the head of the legislature for nearly three months. His actions paint a sad portrait of Korean politicians.