It ain’t over till Kim Jong-un sings

It ain’t over till Kim Jong-un sings

YEH YOUNG-JUNE
The author is the Beijing bureau chief of the JoongAng Ilbo. 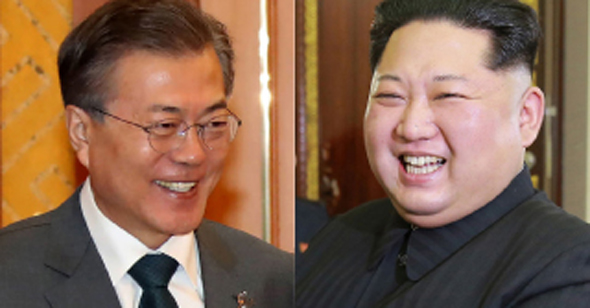 In 2008 Beijing was at the center of negotiations for the denuclearization of North Korea. Ahead of the six-party talks there, I asked a Chinese expert who had visited the recalcitrant state many times, “Do you really think North Korea is willing to give up its nuclear program?” He answered, “You are asking me the same question as Christopher Hill.” When he met Hill — then U.S. Assistant Secretary of State for East Asia and senior representative of the U.S. to the six-party talks — Hill asked the same question. Even Hill was not convinced of Pyongyang’s will to scrap its cherished nuclear weapons, even though he frequently met his North Korean counterpart Kim Kye-gwan despite doubts of hardliners in the Bush administration.

In June of that year, the world watched CNN’s live coverage of the implosion of a cooling tower at the Yongbyon nuclear facility. After that, the hawks in the Bush administration quietened down on the belief that, without the cooling tower, North Korea would not be able to extract plutonium. Eventually, the Bush administration removed North Korea from a list of countries that sponsored terrorism, as Pyongyang wanted. In his memoir, Hill recalled that he proposed the destruction of the cooling tower to test the North’s will to denuclearize.

But North Korea reactivated the reactor at Yongbyon, citing the differences in verifying the denuclearization process, which eventually led to the breakup of six-party talks. To replace the cooling tower, North Korea used water hauled from a river nearby. A senior official deeply involved in the six-party talks said North Korea cheated.

North Korean leader Kim Jong-un declared that he has suspended nuclear and inter-continental ballistic missile tests and shut down an aged nuke test site in Punggye-ri, North Hamgyong. The move could be seen as a meaningful progress in saving the Korean Peninsula from the brink of war. But it can hardly be viewed as proof of denuclearization. Kim did not mention how North Korea would deal with the nuclear weapons it has already produced, let alone how to permanently halt nuclear weapons production.

But there is one difference from the past. President Moon Jae-in or U.S. President Donald Trump now have a chance to directly confirm Kim’s determination to denuclearize at the summits. It couldn’t be better if Kim transparently expresses his will to abandon all nuclear weapons and programs.

Given the North’s track record, however, it is better to hold off on the optimism. Kim will likely answer all questions about his past, present and future nuclear weapons in an ambiguous manner. He could resort to North Korea’s repeated negotiation pattern — in which a leader agrees in principle yet breaks up talks citing disagreement over detail. Despite a strong need for talks over denuclearization, it’s not over until Kim’s sincerity is proven.