The real cause of the U.S. deficit

The real cause of the U.S. deficit 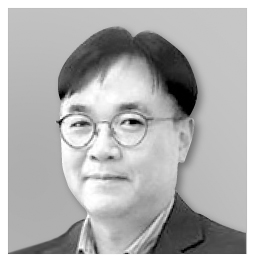 Lee Han-gyu
*The author is an economics professor at Dongduk Women’s University.


The United States and China are engaged in a head-on clash over trade, exchanging tit-for-tat attacks in the form of tariffs. Both sides have imposed 25 percent taxes on each other’s mainstay imports and added hundreds of more items for sanctions. Their trade war is unlikely to die down anytime soon.

The U.S. Treasury Department’s recent review of trading partners’ foreign exchange policies underscores that Washington’s trade offensive does not target just one country. So why is the United States raising so much fuss about trade to the extent of damaging longstanding relationships with its allies? The primary cause can be found in the country’s current account balance worsening since 2013 as a result of a massive stimulus following the 2008 financial meltdown.

Can higher tariffs and trade barriers help ease the country’s current account deficit? Most economists are doubtful. The current account balance is affected by structural factors of savings and investment.

In theory, the current account balance refers to the gap between the total amount of savings and total amount of investment. If domestic savings are lower than domestic investment, the balance of payment will show a deficit. A fall in savings means people are spending more on imported goods and services from abroad. If a company does not have savings, its investment must be financed by capital inflow from abroad. All these factors feed a deficit on the current account. 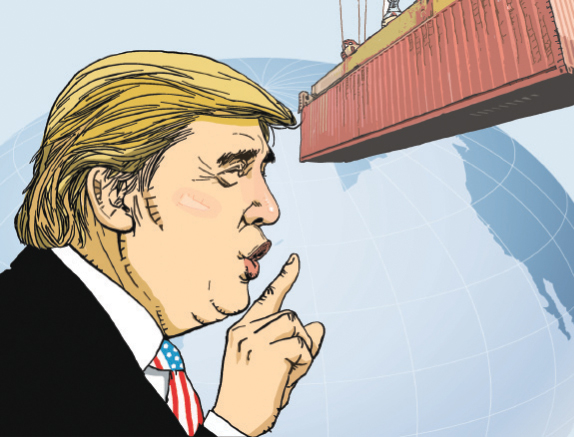 U.S. savings have sharply fallen with the household savings rate at a near historic low. The data suggests authorities should look inward for the cause of widening deficits instead of blaming it on imports. The Trump administration’s trade policy aims to correct the imbalance by influencing the foreign exchange policies and trade practices of other countries, but this has no grounds in economic theory. If it tries to find foreign solutions for domestic problems, the effect will be limited.

The most effective way to speedily resolve the current account deficit is by enforcing exchange rates between the United States and its major partners with a trade surplus. In 1985, the United States convinced central banks of the world’s four other largest economies to devalue the dollar through a pact signed at the Plaza Hotel in New York. The pact helped fix the country’s deficit, which was close to 3 percent of the GDP. Trump may be envisioning something similar to the Plaza Accord.

China will hardly agree to such a beggar-thy-neighbor policy, and forced devaluation does not necessarily translate to an immediate effect on the current account balance. Selective tariffs and trade protectionist actions can help reduce deficits against certain trade partners, but if they are not coupled with improvements in savings and investment, the United States’ deficit won’t likely change by that much.

Instead, higher interest rates can help reduce the deficit. If the U.S. Federal Reserve keeps up its pace of tightening, savings will grow faster than investment and help cut the deficit in the current account. If the United States shows any improvement in its current account, the credit should not go to Trump’s boisterous trade policies but to the Federal Reserve, which has been diligent in cleaning up the American economy’s messes.

As long as the United States frets over its growing current account deficit, the Korean economy will fall under continuous pressure from Washington. Korea remains on the monitoring list for currency manipulation though it has avoided being labeled as a manipulator.

Authorities in Seoul should therefore be more aggressive in their reasoning that Korea’s current account surplus owes more to sluggish domestic demand than an undervalued currency. The country’s gross savings rate hit 37 percent in the third quarter, the highest since 2000, due to snowballing household debt and slack consumption. The third-quarter investment rate hovered around 30 percent despite some improvement over last year.

Authorities, however, should reexamine its foreign exchange policies and make fixes in the system so that the country does not invite unnecessary misunderstanding about currency matters and reduce reliance on its foreign exchange reserves, which are costly to sustain. The private sector should also be better fit to address won-dollar volatility on its own instead of relying on state intervention to stabilize the current level.

Some are still unnerved about the government disclosing how it intervenes in the foreign exchange market, but Korea has to comply with the rule followed by most developed economies to run its foreign exchange policies more transparently. The disclosure should be done gradually in order to minimize side effects.