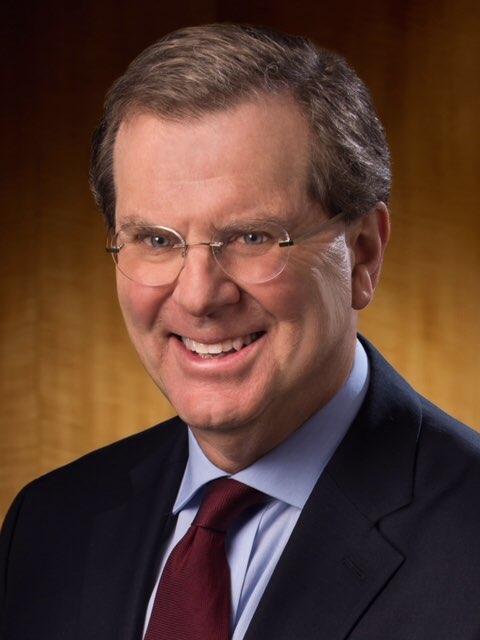 With the U.S.-North Korea summit rapidly approaching, President Trump appears committed to the policy of complete, verifiable and irreversible denuclearization. The White House has repeatedly stressed that the conclusion to its talks with North Korea will not mirror the nuclear agreement that the Obama administration reached with Iran in July 2015, a deal that President Trump has openly criticized throughout his campaign and time in office.

As it looks increasingly likely that Trump will not renew the deal with Iran when it reaches its deadline on May 12, the five permanent members of the UN Security Council and Germany — the P5+1, the brokers of the deal — watch with trepidation as 13 years of negotiations fall to naught.

One group wielding significant influence over the White House’s decision, the pro-Israel lobby, is in agreement with the current administration’s stance. One of the largest groups is the New York-based American Jewish Committee (AJC).
In an email interview with the JoongAng Ilbo, the AJC CEO, David Harris, discussed his views on the Iran agreement and the lessons it provides for reaching a settlement with North Korea. Below are edited excerpts from the interview.

Q. Why do you oppose the Iran nuclear deal?

A. After the Iran deal was announced on July 14, 2015, we took three weeks to study it and talk with American, European and Israeli officials to seek their views. We heard a range of responses. Ultimately, we decided to oppose the agreement because we felt it was too weak and gave away too much to Iran.

For example, there was no specific prohibition on Iran’s ballistic missile development or on aggressive regional behavior. In addition, the sunset clause gave the Iranians an eventual pathway to nuclear threshold status, while the provisions on International Atomic Energy Agency (IAEA) inspections inexplicably walled off some military sites from monitoring. Apropos, we have long had questions about strategic cooperation between Tehran and Pyongyang, which could also largely be out of sight of the IAEA.


What lessons should we learn from the Iran nuclear deal when negotiating with North Korea?

Alas, Iran played a weak hand brilliantly in the negotiations, while the P5+1, we feel, played a strong hand quite weakly, regrettably convincing themselves that they couldn’t get any more concessions from Tehran. In doing so, they underestimated the heavy cost to Iran of the sanctions regime and the eagerness for a deal that would lift the sanctions and unfreeze Iranian assets held in the West.
Indeed, I believe that talks with North Korea are likeliest to advance if punishing sanctions continue and the DPRK (North Korea) is convinced that it can’t end the sanctions without major and verifiable concessions.


Negotiations with Iran lasted more than a decade, but why did the United States give in so easily at the last minute? Why couldn’t they push Iran to the end?

A great question and one that historians will be writing about. In brief, the P5+1 negotiators claimed that this was the best deal they could get from Iran. We didn’t think so. Iran had a weak hand to play due to the impact of sanctions and low energy prices on its economy, but they played that hand very skillfully. The P5+1 had a much stronger hand to play but allowed a powerful desire to achieve a deal to weaken their stance and, from our perspective, become impatient for an agreement.


Do you think the denuclearization negotiations with North Korea will yield similar results?

Any negotiation with the DPRK needs to take into account that Pyongyang will inevitably posture, bluff, bluster and threaten but, at the end of the day, is a weak country that wants to survive — and could have much to lose from the further tightening of international sanctions and American strategic impatience.


Does this mean that multilateral negotiations will inevitably yield weak results as opposed to bilateral talks?

Only time will tell if a bilateral negotiation between Washington and Pyongyang will succeed when multiparty talks failed until now. On the one hand, this makes the process easier in some respects, as it reduces the time spent negotiating within the group, as was the case with the Iran deal, where consensus was not always easily achieved. On the other hand, if any deal with the DPRK is to work, of course, it will still need the full support of other interested parties directly affected by it.


If President Trump finally breaks the Iran nuclear deal on May 12, it could signal to North Korea that the United States can pull out of a nuclear agreement at any time. Still, the AJC has called for the end of the nuclear agreement with Iran. Do you think this will affect the talks with North Korea?

Not true. We have not called for an end to the nuclear agreement. What is true is that we opposed it in 2015 because we thought it had major flaws. Those are precisely the flaws under discussion today. We have urged Washington and our European allies to address those flaws now, and we are hopeful that agreement will be reached among them, supported by other key friends such as South Korea, Japan and Australia. This is a very different approach than simply tearing up the existing deal.

Regarding the lessons of the Iran accord for any possible deal with the DPRK, the message being sent is that the United States will not accept a weak deal, nor will we accept any bypassing or cheating on the deal.


What do you expect from the upcoming meeting between Donald Trump and Kim Jong-un?

It is obviously hard, if not impossible, to predict how such a meeting would unfold since there are no precedents, and since both leaders, each in his own way, are unconventional individuals. That said, while risky, it could be a step forward, if only to take the temperature of the North Korean leader and show the world — including especially South Korea, of course — that Washington is willing to try diplomacy and see if it can yield any tangible results.


Are there any precedents that may inform Trump before dealing with North Korea?

Everything should be cautiously handled, especially because the DPRK has such a long record of untrustworthiness, deceit and violations of understandings. Thus, any American president, in this case Donald Trump, has to proceed carefully, not get ahead of himself, and not allow the desire to produce a historic deal to cloud his judgment.

Recall when President George W. Bush met Vladimir Putin, in Slovenia, in 2001 and declared that “I looked the man in the eye. I found him very straightforward and trustworthy. I was able to get a sense of his soul.” Well, history proved that President Bush was way off the mark and relied far too heavily on his instinct, yet nothing in his experience had prepared him for dealing with a Vladimir Putin. So, too, must President Trump tread very cautiously every step of the way.

Kim Jong-un unexpectedly visited China on March 25 and had a meeting with Chinese leader Xi Jinping. How do you think this will affect the U.S.-North Korea summit?

Such a China-DPRK meeting may always be opaque for outsiders when it comes to the details of the discussion. That said, clearly Beijing wants to ensure that it is fully in the loop as the U.S.-DPRK process goes forward — and also has the chance to remind Pyongyang that it cannot decide matters entirely on its own or without appropriate consultation.

And for Pyongyang, it needs Beijing’s “blessing,” so that it is not going into the talks, assuming they do take place, without the support of a powerful country.