GOT7 to release a Japanese single in June

GOT7 to release a Japanese single in June 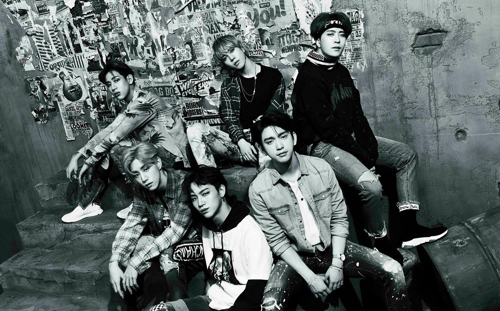 Boy band GOT7 will release a new Japanese single, “The New Era,” in June and embark on a national tour of Japan to promote it, the group’s management said Thursday.

The album’s title song of the same name, set to be pre-released on May 7, is an energetic hip-hop number featuring the seven-piece band’s mature side and strong masculine beauty, JYP Entertainment said.

To promote the new album, GOT7 will hold a tour of six Japanese cities under the title “GOT7 Japan Fan Connecting Hall Tour 2018: The New Era.”

Before the album’s release, GOT7 will launch the world tour, “GOT7 2018 World Tour Eyes On You,” with concerts at Jamsil Gymnasium in Seoul from May 4 to 6.

The group will later make its way to Bangkok, Macau, Moscow, Berlin, Paris, Taipei and Jakarta. The band will also perform in Toronto, Los Angeles, Houston, New York City and Mexico City, among other cities.