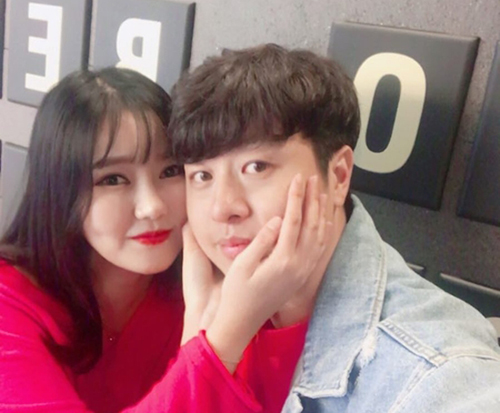 “Yoo and Kim will arrange a meeting between each other’s families before arranging the right venue and the exact date for their wedding,” said the agency. They added, “Even while Yoo was fighting against [cancer,] the two stayed by each other’s side and grew to have faith in one another.”

Yoo was diagnosed with stage three colorectal cancer in April of last year, and has been receiving treatment since his surgery the same month. His agency mentioned that Yoo was “worried the wedding might be too much, since he hasn’t fully recovered.” But, he didn’t want to keep postponing the wedding, not knowing when he will fully recover.

Yoo first revealed his relationship with Kim in November after receiving a cancer treatment, posting a picture of the two on social media with the caption, “She is the person who stands beside me when I am going through the toughest time.”

Yoo debuted as a comedian in 2004 and has appeared in several comedy shows including KBS’s “Gag Concert” and tvN’s “Comedy Big League.”