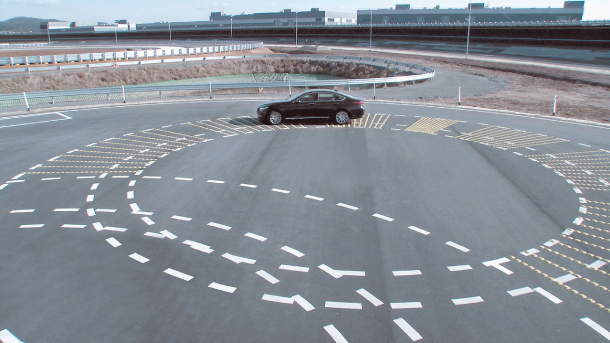 Hyundai Mobis is banking on developing technologies like self driving cars to help it record an annual revenue of 44 trillion won ($40.7 billion) by 2025.

The auto parts maker aims to increase its earnings by roughly 8 percent every year for the next seven years to help it reach that target. The plan comes as the company is pursuing a restructuring plan to become the de facto holding company of Korea’s second largest conglomerate Hyundai Motor Group.

Last month, the auto parts maker announced that it will move its module and after-service businesses to logistics company Hyundai Glovis in order to focus on its future mobility business and group-wide investment plans. The restructuring plan is waiting for approval from a shareholders’ meeting scheduled for May 29.

According to the auto parts company, it will reap in one fourth of its 44 trillion won revenue in 2025 from its future mobility business, which includes developing sensors and key software for autonomous cars and connected cars. The company said it will develop its own technology for a range of sensors used in autonomous cars such as radar, which uses radio waves to sense a car’s surroundings, and lidar, which uses lasers for the same purpose, by 2022 to achieve the lofty sales target.

Hyundai Mobis said it will reduce its dependency on affiliated Hyundai Motor and Kia Motors in the long run to diversify its sources of revenue.

The auto parts maker has already been courting other markets - revenue from foreign carmakers has risen from $500 million in 2015 to $6 billion last year.

The Korean company says that by 2022 - when it has secured competitive technology for key parts of autonomous cars - it will be able to win over $10 billion of orders from overseas. Currently, it supplies auto parts to a number of foreign carmakers including General Motors, Fiat Chrysler Automobiles and Peugeot Citroen Automobiles.

As quasi-holding company of the group, Hyundai Mobis will also actively pursue mergers and acquisition deals, it said in a statement.

While the auto parts company has already established a team dedicated to open innovation, it is considering inking M&A deals with a number of companies with expertise in car sensors, human machine interface and autonomous car platforms.