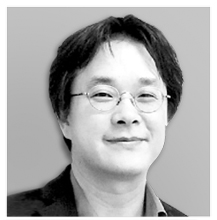 Park Won-ho
*The author is a professor of political science at Seoul National University.

I like to imagine a world in which no online comments sections exist, because reading comments about my columns can make me extremely upset. Comments will soon be dangling below this column on the JoongAng Ilbo’s internet site, Naver and Daum, like misshapen apples on a tree.

As a columnist, such openness can be extremely uncomfortable. The final word on my column won’t be the last sentence I write, but some nasty comment posted beneath it. When I see, “Don’t be such an ass!” beneath a column that took my pains to write, my heart sinks. The fact that the comments are anonymous should make them easier to take, but it doesn’t.

In an exhibition, no notepad for doodlers is mounted next to a painting. When someone is singing enthusiastically onstage, people aren’t encouraged to interrupt with their own songs. The coexistence of articles and comments in Korea’s media and portal sites are a very special phenomenon.

The internet spreads news fast and wide and also offers communication from consumers to producers. From a political science point of view, comments are a platform of participation through which information consumers discuss and debate. From the point of view of economics, participation is a hot commodity. Comments invite more comments, recommendations invite more recommendations. A business model arose for which comments, not the main posting, pull in customers. The unique commenting system in Korea is at the crossroad of democracy and commerce. 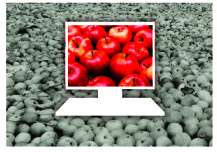 The Druking scandal has dominated headlines for the past two weeks, despite more important news such as the thaw in inter-Korean relations, a failed constitutional amendment and local elections, because it shook our system and our trust in it. It was not because Druking had a decisive influence on the last presidential election. It was not because of propaganda disseminated by the opposition parties and media. It was because a very fundamental issue was raised about our democracy and political discussions.

Thus, it is not that important who Druking was supporting, as he had special software and fake accounts to manipulate public opinion, or whose money paid for his work. In all elections, fixers who brag about their influence exist. They always try to find expedients and no candidate is able to stop them at once. If they employ illegal means, they must be punished, and that remains the same whether the crimes are committed online or off. The following are fundamental questions we must seriously ask ourselves about online comments.

First, do the current laws, including the election law, have the ability to regulate online political activities? Furthermore, is it appropriate to regulate them? For example, who can judge based on what standard whether an action was meant to “distort and misguide public opinion”? Who will decide what a “righteous” opinion is? If people gathering to declare their support for a candidate is not against the law, what are the grounds to say that posting similar comments on an issue is illegal? In any case, the election law, which already regulates elections excessively, must not infringe upon freedom of speech in cyberspace.

Second, are the operators of the comments sections capable of self-correction? More comments, likes and page views are linked to larger profits, which may inevitably fuel distortion by portal sites and media companies? The politicians and media are presenting a solution of “outlinks” to resolve current problems. This is not a resolution, but a way to avoid problems. We must think together about how we can operate the system more transparently by making the beneficiaries pay for the burdens and how we can make them pay for social responsibilities if they fail to operate the system transparently.

The third and the most fundamental question is whether the commenting system, despite all the problems, is worth being protected or not. As I have said above, it is true that comments, whether they are legal or not, often obstruct serious political discussions and deliberations. And it is not a surprise to see some suggestions that comment sections must be closed completely.