Time is right for Solid’s return

Time is right for Solid’s return 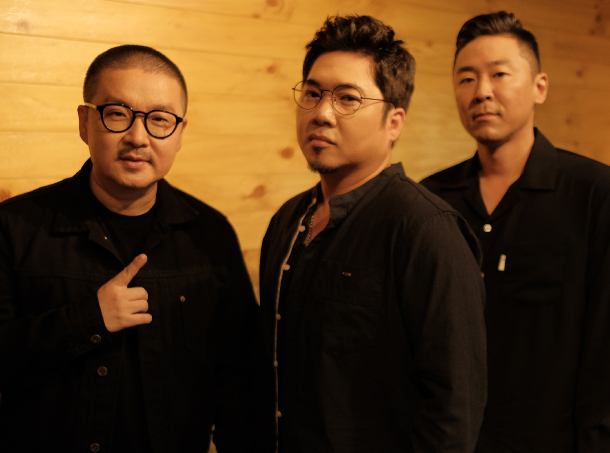 From left: Chong Jae-yoon, Kim Jo-han and Lee Joon, better known as Solid, are busy preparing for their upcoming concert. The group recently released their first album in 21 years.

Young K-pop fans may not be familiar with R&B trio Solid, who debuted in 1993 with the album “Give Me a Chance,” but those interested in the genre will definitely know the name. Known as the kings of Korean R&B, Solid consists of Kim Jo-han, Lee Joon and Chong Jae-yoon. The group’s second album “The Magic of 8 Ball” in 1995 cemented its status as Korea’s leading R&B act.

Solid released a total of four albums before disbanding in 1997. The group recently made a comeback after 21 years with the album “Into the Light,” released on March 22. The trio will be holding concerts from May 18 to 20. Initially, the group had only planned to hold two concerts, but after tickets sold out in five minutes they added an additional date.

The band thought long and hard about how they wanted to comeback. Kim explained, “we wanted to return with a new, refreshing version of music instead of music from the ’90s. Many say that Solid’s unique selling point is its high quality music. We promise to meet the fans’ expectations at the upcoming concert.”

The following are edited excerpts from an interview with Ilgan Sports.


Q. Why did it take such a long time for you to reunite?


What is the background behind your comeback as a group?

Chong: We have a close friend who recently got married. We all showed up at the wedding wearing the same suit. After seeing us stand together, our friends said, “wow … It’s Solid!” After going to Kim’s solo concert, it was natural for us to talk about releasing a new album, eventually leading to our comeback.

Kim: After finishing our last show 20 years ago, we took separate paths after disbanding the group. Lee, who promised his parents that he would [debut under the condition of] graduating university in the United States, fulfilled his promise and later became occupied with his business. Meanwhile, Chong expanded his music career as a producer, taking on several projects. For me, I immersed myself in my music, trying to develop areas that I struggled in.

It may seem to our fans that we released our new album quite late, but this was the perfect timing [for all of us]. Our comeback was possible because we had sufficient time to prepare — even Lee, who is busy taking care of his business, has time to commit to our schedule. This wouldn’t have been the case if we tried to make a comeback three to five years ago.


How does it feel like to produce music together?

Chong: It’s been 21 years, but we’ve constantly kept in touch and met up with each other, so [our reunion] didn’t feel awkward. It wasn’t difficult to work again, and we enjoyed [bonding together], such as going for drinks after finishing our work for the day.


Lee, how was working outside of the entertainment industry for 21 years?

Lee: I work in the real estate business. I’ve been interested in [working in] this industry ever since I joined Solid. While others would spend money on buying glamorous cars, I invested in Seoul’s real estate. As a child, my parents managed a shop and had to pay monthly rent. They told me to “not live like us” and stated that their “wish was to become building owners.” So, I used to go visit buildings to see how they were built and see which ones were of high quality.
After graduating college in the United States, I bought a house and remodeled it. People around me asked how I thought of such an idea and suggested that I should work in this area. I started investing in real estate and then moved on to property development.


The concerts sold out. Did you expect fans to show such an enthusiastic response?

Chong: That was really unexpected. Twenty-one years is such a long time, so we didn’t really have a big idea of how our fans would respond. It was a pleasant surprise to see that so many fans showed enthusiasm to come out and see us perform.


What are Solid’s future plans?

Kim: In the current digital era, we can easily hold meetings through online chat, and all three of us have a box of ideas that we want to show through our music. For now, we are spending time preparing for our concert in May. Currently we’re talking about going on a nationwide tour and a world tour after that. Of course, we plan to satisfy our fans’ expectations through our performances. We will do our best to keep providing high quality music and an excellent performance.

Kim: Our self-esteem to do well. Because our pride in our music is extremely high, we try [to do our best] and not slack off.
Chong: As musicians, we give it our all. We put in our utmost effort to do our best. It was always delightful to hear positive feedback from our seniors in the music industry.