Is it time to buy the North’s won?

Is it time to buy the North’s won? 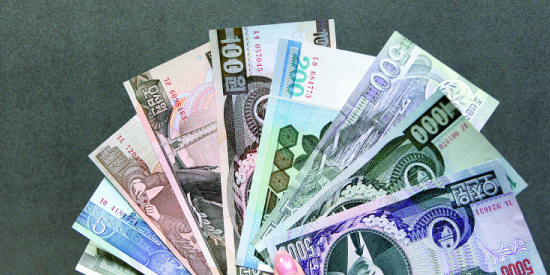 “Another country in Asia that I’m extremely optimistic about, I’ll put all of my money there if I could, is North Korea,” said Jim Rogers, the chairman of Rogers Holdings, at a Jan. 14 investment briefing in Britain. The American investor made similar comments when he visited South Korea last month. At the time, he talked about a need to “invest in North Korean currency.”

In a lecture sponsored by a local newspaper, he highlighted the prospect of a unified Korea. Before the audience, he said, “If you buy North Korean currency, it will make you richer someday.” It is rumored that he purchases the North Korean won at currency expos whenever available.

But the value of the North Korean currency won is very low right now. Among North Koreans, it is often viewed as “money without a future” or “money worth less than a sheet of paper” due to the country’s failed currency reform in 2009, when Kim Jong-il was in power. I spoke with North Korean defectors who lived there to hear their opinions.

“All the people in our village were shocked by the news about upcoming currency reform,” said Han Su-jin, 26, who defected to South Korea in 2012. “The authorities fixed the exchange rate at 1 won for the new currency against 100 won for the old currency. They also limited the exchangeable amount to 100,000 won in old currency per person.”

Many people in her village were enraged by the announcement and dumped bundles of their old bills into the river. She said that the people’s frustration and outrage eventually led to the execution of Pak Nam-ki, a senior member of the Workers’ Party and the mastermind of the currency reform effort.

One of the most serious side effects of the reform was skyrocketing prices. Han said, “When you woke up, prices already rose. I remember my parents quarreling over whether my mother’s decision to buy rice early was right or wrong.”

“One day, my mother bought me a down jacket in the market,” said another defector. “Fearing my dad’s anger about buying an expensive parka, she hid it in the house. However, as prices soared after the currency reform, I cheerfully wore it around.”

Due to sharp inflation, merchants were reluctant to accept the new won, so the Chinese yuan or the U.S. dollar grew in circulation. The new currency’s exchange rate was fixed at 100 won against the dollar, but in the black market, one dollar was traded for 8,000 won. “Because of the fluctuating rates among the won, yuan and dollar, we had serious trouble calculating exchange rates,” said a defector who came to the South last year.

It remains to be seen if Friday’s historic summit between President Moon Jae-in and North Korean leader Kim Jong-un will really lead to denuclearization and reunification. But I hope Jim Rogers’ bet on the North Korean currency proves to be correct.