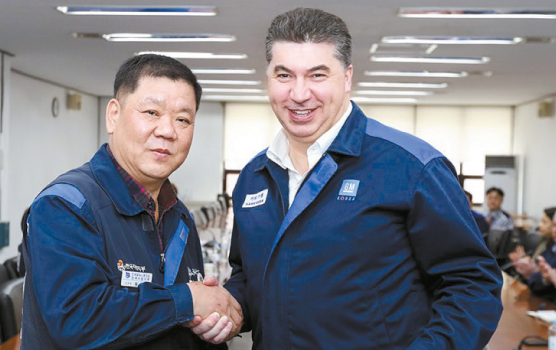 Kaher Kazem, right, the president of GM Korea, and Lim Han-taek, the head of the carmaker’s labor union, shake hands after signing an agreement on Friday to freeze workers’ salaries and bonuses at the company’s Bupyeong District headquarters in Incheon. General Motors and the Korean government reached a deal a day earlier to keep the American automaker here for at least 10 more years. [GM KOREA]