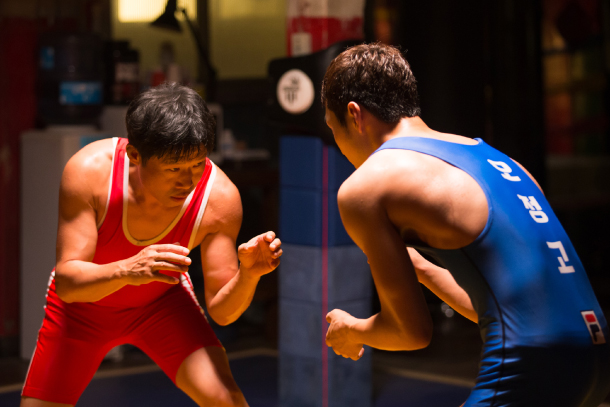 “Love+Sling” explores the relationship of a parent and a child through wrestling. Yoo Hae-jin, left, plays a former wrestler who hopes his son becomes a gold medalist. [LOTTE ENTERTAINMENT]

While striving to become a good son, daughter or parent, we often forget what we truly want in life. Trying not to disappoint, many find themselves following a life path designed by their loved ones, who encourage them by saying cliches like “this is for your own good.”

“Love+Sling” is an upcoming sports drama that highlights the importance of pursuing one’s dream despite what their loved ones say.

Starring Yoo Hae-jin, Kim Min-jae and Lee Sung-kyoung, the comedy revolves around a former member of the national wrestling team named Gwi-bo (Yoo), who dreams of raising a gold medalist. His son, Seong-ung (Kim), is a promising wrestler. A single father, Gwi-bo financially supports his son by teaching wrestling and aerobics at a gym he runs. His desire for his son to clinch a gold medal is clear in many scenes, as Gwi-bo follows Seong-ung to every match and shouts out instructions while he wrestles his opponent. 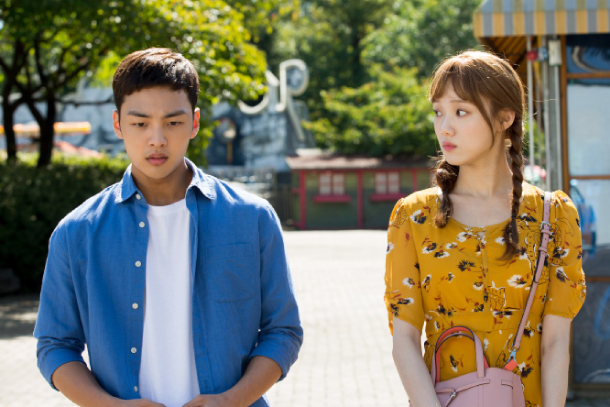 “I focused on delivering a story on the relationship between a parent and a child,” said director Kim Dae-ung about his debut feature during a press event held in eastern Seoul earlier this week. “The thoughts that conjured up in my mind [while working on the film] were a father and a son rubbing each other’s skin. That’s the reason I chose wrestling.”

Playing a wrestler required at least three hours of hard-core practice before every shoot, according to Kim. “I went to the gym to practice even when I wasn’t on set.”

Although Seong-ung generally puts up with his father’s excessive attention, he explodes when he discovers that his longtime sweetheart Ga-yeong (Lee) declares that she is in love with his father.

“I talked a lot with the director [about the love triangle],” said Lee. “As the second daughter in a family, I understood my character to have received lots of energy from Gwi-bo and Seong-ung.” 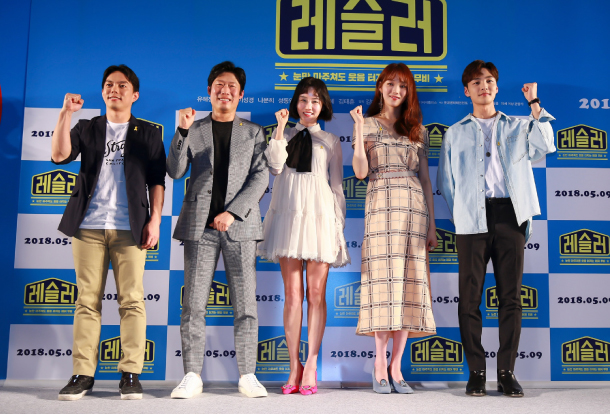 Above, the actors and director of “Love+Sling.” From left to right are director Kim Dae-ung and actors Yoo Hae-jin, Hwang Woo Seul-hye, Lee Sung-kyoung and Kim Min-jae. [LOTTE ENTERTAINMENT]

Not realizing the pressure and stress he is giving to his son, Gwi-bo complains about his mother doing what he exactly does to his own son: forcing beliefs upon one’s child. Although Gwi-bo still struggles to get over the death of his wife decades ago, his mother (Na Muni) endlessly nags him about not getting remarried, demonstrating the love-hate relationship between a parent and child that evolves over generations.

Although it wasn’t the first time Yoo has played a father, it was the first time for the actor to have such a grown-up son on screen. “But there wasn’t any pressure,” said Yoo. “Naturally, I’m getting older. When I look around, some of my friends have children in their early 20s. But I have thought a lot about depicting the conflict between a father and son.”

The crucial point of the film was to deliver the story of a parent and a child in a comedic yet heartwarming way, according to director Kim. “To achieve that, I included a variety of characters, including [Seong-ung’s] grandmother and friend.”

For those who may feel uncomfortable about Ga-yeong’s crush on a much older man, the director added, “Please regard the love story as a catalyst [to make the story funnier].”

Rated 15 and above, the flick arrives in theaters on May 9.