Stepping into the future

Stepping into the future 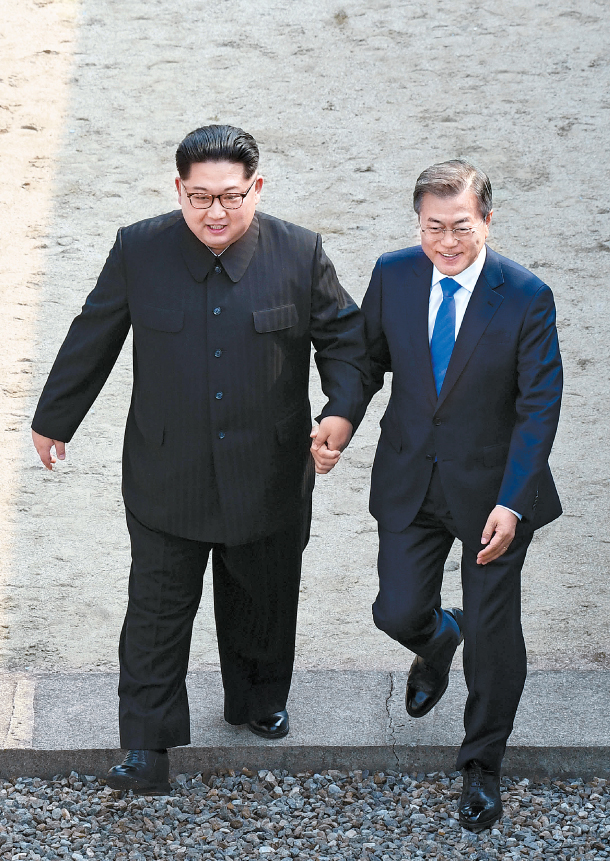 North Korean leader Kim Jong-un, left, crosses the military demarcation line with South Korean President Moon Jae-in to the southern side of the truce village of Panmunjom on Friday. The two leaders met for over an hour in the morning, accompanied by key aides, before spending some time in the afternoon one on one. The two leaders later signed a joint declaration of their countries’ commitment to a nuclear-free Korean Peninsula. They also agreed to pursue a trilateral summit with the United States or a four-party summit including China to discuss replacing the current armistice agreement with a peace treaty this year, formally ending the 1950-53 Korean War. [JOINT PRESS CORPS]