Over a year after DUI, Kang Jung-ho returns to Pirates

Over a year after DUI, Kang Jung-ho returns to Pirates

His major-league career once in limbo over a drunk driving conviction, the embattled Korean infielder Kang Jung-ho is finally set to rejoin the Pittsburgh Pirates. 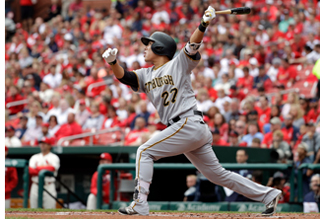 Kang Jung-ho of the Pittsburgh Pirates watches his three-run home run during a game against the St. Louis Cardinals in October 2016. [AP/YONHAP]

Kang has been granted a U.S. work visa and re-entered the country, the Pirates announced Thursday. After missing all of 2017 and the beginning of the 2018 season, the third baseman will soon return to the Bucs and join the team’s spring training in Florida.

“After a lengthy process, we are pleased that Jung-ho has been allowed to re-enter the United States,” Frank Coonelly, president of the Pirates, said in a statement. “We are encouraged by the steps that Jung-ho has taken to date and are hopeful that having the game he loves taken away from him for more than a year has driven home the reality that he must make better life decisions as we move forward together.

“As we have communicated to him throughout this process, we will work to provide Jung-ho with the resources and support necessary for him to meet the high expectations that we have for him as a member of our organization and our community,” he added.

Kang, 31, hasn’t played since 2016 after he was arrested and charged with driving under the influence of alcohol in Seoul that December. It was his third DUI arrest in Korea, and he received an eight-month jail term, suspended for two years, in March 2017. He lost his appeal two months later.

Although he avoided prison time, Kang was denied a work permit after his arrest and was unable to enter the United States to play for the Pirates. The club placed him on the restricted list, where he didn’t receive any pay or earn major-league service time, in March 2017.

Kang, a former All-Star shortstop in the Korea Baseball Organization, finished third in the National League Rookie of the Year voting in 2015 after batting .287 with 15 home runs and 58 RBIs in 126 games.

The following year, he had 21 home runs and 62 RBIs, along with a .255 batting average in 103 games. He is the first position player to jump from the Korean league to Major League Baseball.

According to MLB.com, Kang must fulfill his obligations under the treatment program to which he agreed in January 2017 before reporting to the Pirates’ spring training site in Bradenton, Florida. He will remain on the restricted list while he works his way back into MLB form.

Through Thursday’s action, the Pirates were in third place in the National League Central Division at 14-11, two games behind the division-leading Milwaukee Brewers.

Colin Moran, a 25-year-old getting his first extensive opportunities in the MLB, has been the Pirates’ regular third baseman this year. Moran is batting .296 with two home runs and 12 RBIs in 22 games.

Catcher Francisco Cervelli, one of Kang’s closest friends on the team, told MLB.com that he would be welcomed back with open arms in the clubhouse.

“We never quit on him. He was a big thing in 2015. The fans love him,” Cervelli said. “He’s a human. We cannot judge and do anything. He’s a human. He makes mistakes like everybody else. When he comes back here, we’re going to make sure that he feels like he’s at home.”