I’ve seen this breakthrough before

I’ve seen this breakthrough before

Harold Piper
*The author is the former chief editor of the Korea JoongAng Daily. 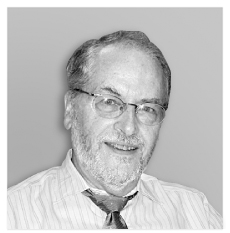 Say this for Koreans, North and South: They know how to choreograph pageantry.

History was made last week when North Korean leader Kim Jong-un stepped across the gray concrete curbstone in Panmunjom that for 65 years has marked the separation of North and South Korea. Then Mr. Kim invited South Korea’s President Moon Jae-in to step over the curbstone the opposite way and enter North Korea.

History made, the two leaders repaired to a conference table and got down to making more history. They agreed to formally end the Korean War and to achieve “a nuclear-free Korean Peninsula through complete denuclearization.”

May I invite you to join me in a brief walk down Memory Lane? This is not the first time we have seen the two Koreas make history.

In 2002 — remember? The rail line between the two Koreas was opened with solemn pomp and pageantry. Two children from the South, a boy and a girl clothed in shining raiment, walked north along railroad tracks and met counterparts, a boy and girl in shining raiment walking south. The children met and embraced, and all Koreans, at least in the South where I lived at the time, swooned.

Only later did we learn that all four children were South Koreans, two of them masquerading as Northerners.

Still, the pageant was historically significant. For the first time since the Korean War armistice in 1953, a rail line linked North and South. The road ran to Kaesong, where an industrial complex jointly operated by North and South produced consumer goods until it was shut down in 2016.

Even before that, history was made in 1994 with a negotiated Agreed Framework that was supposed to halt Pyongyang’s nuclear program in return for cash, energy and food supplies delivered to the North.

And yet, decades later, here we are. The Korean War is not formally ended. North Korea has an estimated 60 nuclear devices and the means to send them across oceans. And we have yet another negotiating “breakthrough” to give us all hope.

Why? What is different this time?

Exactly 15 years ago this newspaper published a column of mine (I was the editor at the time), headlined “No good way out of this crisis.” American and North Korean negotiators were meeting in Beijing. “Yes,” said the North Korean representative, Ri Kun, “we have nuclear weapons, and what are you going to do about it?”

The moment was seen by some as North Korea’s “last chance to join the world.” As a nuclear power, it had a serious bargaining chip to trade for, perhaps, diplomatic recognition, a transportation infrastructure, an energy grid, investment capital — and a guarantee of the security of the Kim dynasty’s regime.

That bargain seemed to make sense for both sides. But as we know, it never came together. In my column I doubted that it would.

First, “once [North Korea] cashes its nuclear card, it has no more chips in this game. Pyongyang simply cannot deal unless the United States first gives it guarantees and turns on the aid spigot. Even then it must hold on to its nuclear equalizer to make sure that the aid keeps coming and that it is really and truly off the ‘axis of evil’ list. It may take years before North Korea would feel secure enough to give up its bombs.”

Why would Washington accept a deal of North Korean promises deliverable in 2028 in return for years of handouts between now and then?

But suppose Washington, in the spirit of Ronald Reagan’s “Trust, but verify” mantra, did grant a 10-year grace period for North Korea to hold onto its nukes. “It still would require,” I wrote in 2003, “ironclad, intrusive monitoring of North Korea’s nuclear assets and capabilities over those 10 years. To close all the loopholes for cheating…would require a virtual occupation of the country.

“Why would North Korea accept that?”

“So there we have it,” my column concluded. “The North dare not agree to any deal that the United States could accept. And Washington will not accept anything short of the North’s denuclearization. And the risks of failure include…as Radio Pyongyang tirelessly reminds us, ‘that a war may break out at any moment.’

“I see no way out of this crisis.”

All that was 15 years ago. Has nothing changed to encourage our hopes? Well, North Korea’s nuclear deterrent has moved from potential to actual. That probably suggests to Mr. Kim’s brain trust that they are winning, that their diplomacy so far has been successful, that there is no need to capitulate now.

The other alteration since 2003 is the man in the White House. Donald Trump is a tough guy who likes to win. He says that when he meets Kim Jong-un, he will get up and walk out if he isn’t getting what he wants from the negotiation. Then he will boast that he humiliated “Little Rocket Man” and call it a “win.”

I hate to say it, but I think that this might be the best possible outcome. And then a few years from now, when Pyongyang has its next “last chance to join the world,” Koreans can crank up the pageantry and start all over on the quest for peace on the Korean Peninsula.