Are we a socialist economy?

Are we a socialist economy? 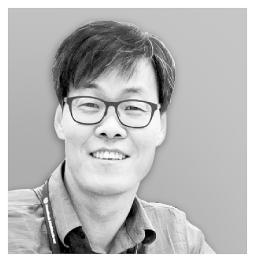 Kim Ki-chan
The author is a senior writer on employment and labor at the JoongAng Ilbo.

A former Blue House staffer in President Roh Moo-hyun’s administration told me he was appalled by a recent comment made by Kim Young-joo, the minister of employment and labor, over how much Kwon Oh-hyun, chief executive of Samsung Electronics, was being paid every year.

“Why would a cabinet minister be upset over the compensation package of a CEO who is rewarded for management and business performance? Should the company use the money elsewhere? Are we a socialist economy?” the former staffer said.

The labor minister’s comment did not cause any concern within the liberal government. Normally, that kind of comment should have triggered a reprimand. Yes, the Korean business community has been controversial for its excesses, but the outright hostility toward Korea Inc. is causing alarm. Such anti-business sentiment could affect the market. The government-proposed constitutional amendments related to labor underscore the ruling power’s general idea about the economic order, one that puts workers on top.

The Blue House claims that the Korean word geunro, or labor, came from employers during Japanese colonization and Korean military dictatorship. The presidential office thinks the word has exploitative connotations and wants to replace it with rodong, or work. In the Annals of the Joseon Dynasty (1392-1910), the word geunro is mentioned 615 times and rodong 354 times.

North Korea’s Workers’ Party uses the word rodong. On May 1, 2006, North Korean leader Kim Jong-il stressed that workers should be referred to as laborers. The logic in the Blue House is confusing. Is the purpose of its constitutional amendment to eliminate certain words and phrases because of their ideological orientations?

The amendment proposes changing the constitutional clause “The state must endeavor to boost the employment of laborers through social and economical means” to “The state must implement policy to stabilize and promote employment.” It more or less wants to set a legal basis to protect employees from getting sacked, which has long been demanded by labor.

Should everyone get hired on a permanent basis and be ensured a job for life? That may be possible in a country free from cyclical fluctuations. Governments across the world are trying to lower the cost of laying off employees and providing more security to people through stronger social security. Policymakers in Seoul must have gotten the role of the corporate sector and the state mixed up.
The liberal government is also out to enshrine equal pay for equal work in the Constitution. No constitution around the world specifies such a doctrine, and there are already laws in Korea banning discrimination by age and gender.

The proposed amendments also include a provision that could give unlimited power to unions. The current Constitution guarantees the right of assembly, collective bargaining and collective action to improve labor conditions. The revision proposes ensuring “sovereign rights in assembly and collective negotiation” and backs “collective action” to uphold those rights.

There is a trap in the wording. Unions will have unlimited freedom in their pursuit of rights. The statute will enable workers to strike in protest of management decisions and promote their political goals. In that case, a union can be established for political action, and an employer won’t be able to stop workers from walking out for other activities unrelated to work. Employees can even go on strike to remove a CEO that they disapprove. We can imagine chaos in the field.

Two decades ago, labor, management and government officials joined hands to combat a financial crisis. In the tripartite declaration, they said, “We have concluded that we cannot survive this national crisis if we do not carry out structural reform to overhaul the economy to become more transparent, open and competitive.” Do today’s labor policies enable a transparent, open and competitive economy? Are the three parties trying to achieve structural reforms to help the economy stay competitive in the global context?