The tears of the border people

The tears of the border people

YUM TAE-JUNG
*The author is a deputy national news editor of the JoongAng Ilbo. 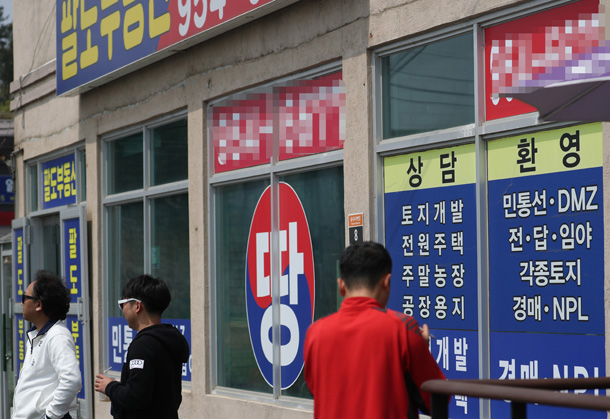 It’s been nearly 20 years since I visited Mount Kumgang in North Korea. When I went on the tour in the spring of 1999, I was excited and nervous. I couldn’t count if there were actually 12,000 peaks, but they were all beautiful.

At the peak of tourism to Mount Kumgang, teachers half-jokingly said that the trip to the mountain was the easiest of all. They instructed their students to follow directions and said that, otherwise, they would be captured by North Korean soldiers. There were some controversies over cost effectiveness, but until the tourism venture was suspended after a visitor was killed in July 2008, nearly two million tourists visited Mount Kumgang.

Goseong County in Gangwon is the South’s gateway to Mount Kumgang. The local economy thrived as overland tourism began in February 2003, following the sea route started in November 1998. After tourism to the North was suspended, the local economy collapsed. Up until the end of last year, the county suffered from total economic losses of 360 billion won ($336.3 million) as more than 400 businesses closed. In July 2009, a year after tourism was suspended, I visited Goseong and found several merchants drinking in the middle of the day at a dried fish store on the road to the Unification Observatory, lamenting their struggles.

The association of mayors and county leaders of 10 border cities and counties, including Yanggu County in Gangwon and Paju in Gyeonggi, has been asking the central government to expand assistance to the border region. It’s been 65 years since the truce, but many residents in the border region are still struggling. The region is like an island on land. They have been excluded from development due to military reasons, and their right to own property has been restricted.

The government drafted a border region development plan in July 2011 and announced a plan to invest 18.8 trillion won in an eco-tourism belt in the demilitarized zone. But it is still just a plan.

In March, Korea University Professor Park You-sung attended a National Assembly discussion session to seek inter-Korean exchange and cooperation based on peace in the border region. He said, “There is no future in the border region” because of layers of regulations, the poor living environment, the aging population and low fiscal self-sufficiency.

The residents of the border region welcomed the April 27 Panmunjom Declaration more than anyone else. They are talking about new hope once again. They want to replace the term “border region,” which has a negative connotation, with “peace zone.” They are calling out for new development.

They had high hopes when inter-Korean exchanges began after the inter-Korean joint declaration on October 4, 2007, but then they lost hope. This time, their wishes should become a reality.