Nexen Tire said Wednesday it will resume paying sponsorship fees to the Nexen Heroes, ending a moratorium over problems in the baseball team’s front office. 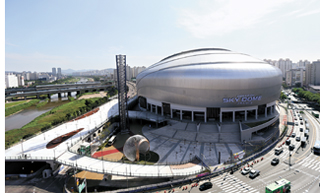 A photo of Gocheok Sky Dome in western Seoul, home of the Nexen Heroes. [YONHAP]

Nexen Tire is the main corporate sponsor for the Seoul-based KBO club. The tire manufacturer has been shelling out a reported 10 billion won ($9.3 million) annually in exchange for putting its name to the team since 2010.


But Nexen Tire withheld its monthly payments in March and April after the Heroes’ former CEO, Lee Chang-suk, was convicted on embezzlement charges in February.

The company asked the Heroes to come up with measures to improve their overall management in light of Lee’s conviction. Nexen Tire said the club’s report was unsatisfactory, but it decided to make its payments to help ensure stability in the KBO.

“We’ve had a chance to speak with the club representatives on several occasions, and their proposals for improvements still fell well short of fans’ expectations,” the tire company said. “But we decided to pay our fees for the remainder of the season to prevent any damage to the 10-club structure in the league, and we also took into account baseball fans and players who should concentrate on action on the field.” 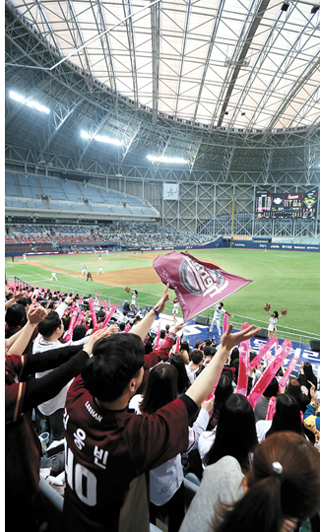 Heroes’ fans pack out the Sky Dome during an exhibition game against the Samsung Lions. [YONHAP]

Nexen Tire also said it will continue to monitor the Heroes’ efforts to right the ship.

“We’ll try to set a good precedent for corporate sponsorship in the league,” it added. “We don’t want to just make financial contributions. We’ll try to coexist and grow together with fans, the ball club and the league.”

The Heroes issued a statement saying they welcome Nexen Tire’s decision and will take this opportunity “to further strengthen our partnership with Nexen Tire.”

“We’ll do the best we can to become an exemplary club in the KBO,” the Heroes added. “We fully understand our fans’ concerns over a series of incidents involving our ball club in recent years. We’d like to apologize to our fans, and we promise them our best effort to alleviate their concerns.”